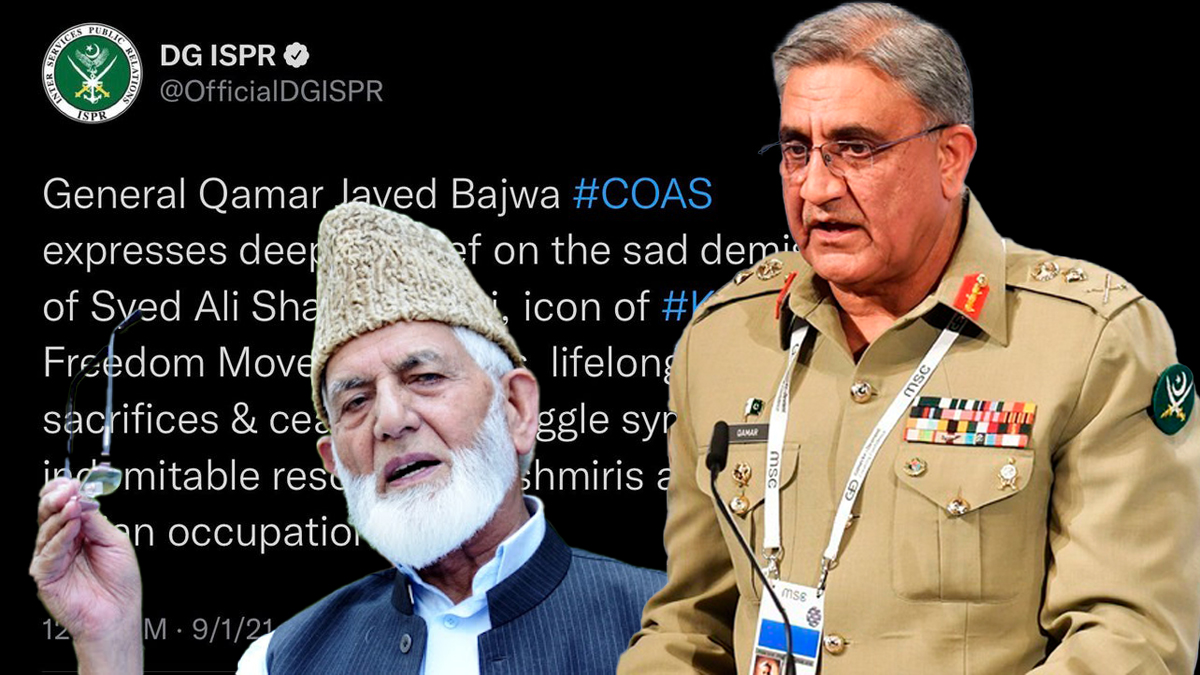 Kashmiri leader Syed Ali Geelani passed away on Wednesday in Srinagar. The prominent leader was aged 92.

His death prompted the Indian authorities to force a security clampdown in Indian Illegally Occupied Jammu and Kashmir (IIOJK).

Law enforcement agencies put up barricades and barbed wires on roads leading to his house in Srinagar after Geelani’s family announced his death.

Announcements from loudspeakers of the main mosque near Geelani’s residence were made asking people to head towards his house.

The police said that no one in the valley was to be allowed to leave their homes. A huge number of military personnel was deployed immediately, and mobile internet services were struck across the valley.

Geelani was a determined campaigner against Indian rule in the region since 1947.

He spent a lot of time in jail and had been under house arrest for the past 11 years. He was ill for several months with kidney and heart problems.

Born on September 29, 1929, Geelani was a veteran Kashmiri politician and the head of Tehreek-e-Hurriyat Jammu and Kashmir.

Notable politicians from Pakistan, including the Prime Minister, took to Twitter to condole Geelani’s demise.

The COAS, in his condolence message, said Geelani’s sacrifices and ceaseless struggle symbolises the unstoppable resolve of Kashmiris against Indian oppression.

Bajwa said Geelani’s dream and mission would live on until the people of IIOJ&K get their right to self-determination.

Geelani was previously a member of Jamaat-e-Islami – Jammu and Kashmir wing – but founded his own party Tehreek-e-Hurriyat later.