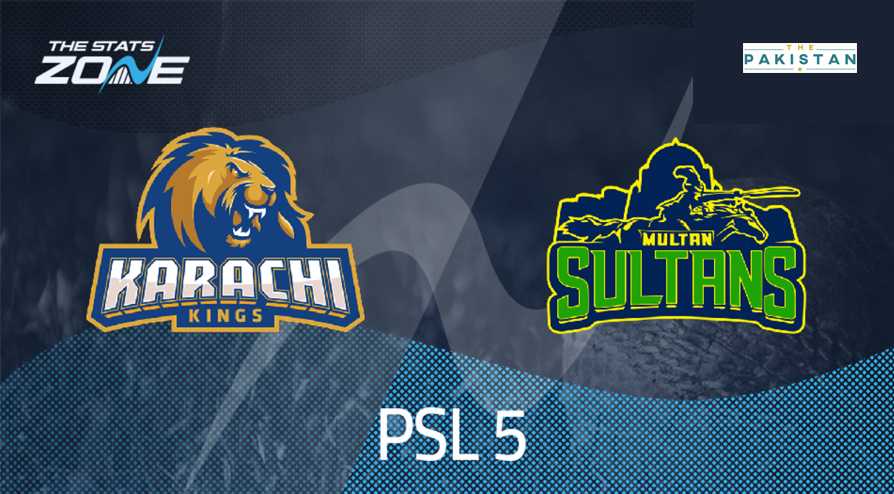 Following an eight-month hiatus since the Covid-19 forced the Pakistan Cricket Board to end the Pakistan Super League midway, the matches are set to resume today with Multan Sultans and Karachi Kings set to battle it out in the first playoffs. The second playoffs set to be held today as well will feature Peshawar Zalmi and Lahore Qalandars against each other.

The match will be held in National Stadium, Karachi and start at 3pm in the afternoon whereas the second match will begin at 8pm.

Sultans’ captain Shan Masood said “We are very excited to be back. We had a very good run in the group stage. The beauty of the HBL PSL has always been the playoffs as it gives everyone an equal opportunity of winning the prestigious trophy and we are really looking forward to it.”

He further added that obviously playing the qualifier gives us an added advantage. We have to make sure that we get out of the blocks quickly and hopefully win that first game and go to the final directly. As a squad, we are very happy despite the setbacks, due to Covid-19, as we have lost Mahmudullah and James Vince, while Moeen Ali is on national duty.

KK Captain Imad Wasim in the pre-play offs interview said that “we are preparing well and our camp has gone well with our overseas players adding great value as always. We have gelled well as a unit; our focus is definitely on winning the Qualifier and qualifying for the final at the first attempt. We can’t control the result but we can give it our best shot.