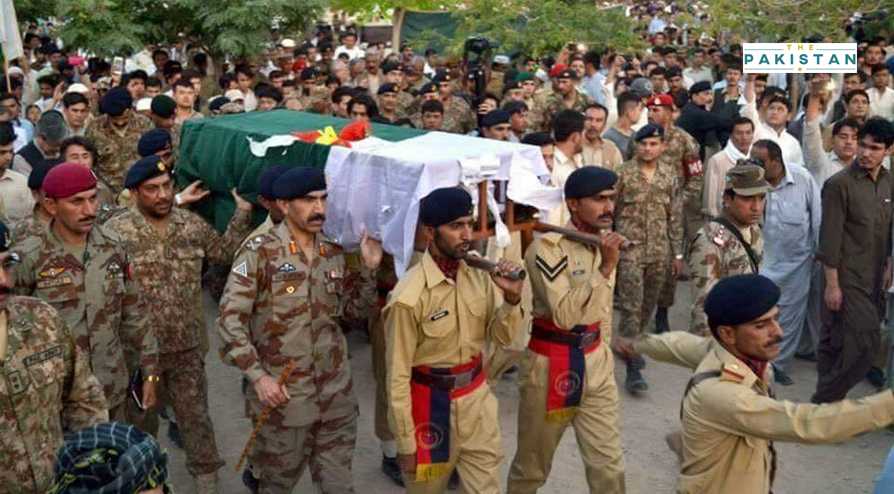 In another episode of brutality from the Indian forces, one Pakistan Army soldier and five civilians including a toddler and a teenage girl were martyred by firing from across the Line of Control whereas another 33 civilians and 5 soldiers were injured in the Azad Jammu and Kashmir unprovoked firing from the forces across the border.

Reports from the region names of those killed in the incident include: Fayyaz Ahmed, 38, son of Haji Shabbir Ahmed, in Dudhniyal; Shoaib, 22, son of Irshad Hussain, in Falakan; Pervez, 40, son of Najeebullah, in Lala village; Sajida, 16, daughter of Abdul Qayyum, in Karimabad; and Adeeb, two, son of Sudheer, Lala village.

In a press release, the Inter-Services Public Relations (ISPR) said that the forces across the line of control had indulged in ‘unprovoked and indiscriminate’ firing killing civilians and army personnel.

The public relations agency of the Pakistan Army while sharing the details of the incident said that on the night of November 7-8, reportedly Indian Army had an encounter with a few freedom fighters in District Kupwara, well within Indian Illegally Occupied Jammu and Kashmir territory, opposite to Neelum Valley, wherein it suffered a few casualties including four soldiers.

Meanwhile, it said that instead of finding the reasons from within and addressing the same, the Indian Army opted to resort to unprovoked and indiscriminate fire of all calibers, including artillery and heavy mortars, along the LoC in various sectors of AJK to ward off the humiliation faced by it in front of the domestic audience.

Exchange of firing across the border usually leads up to further tensions in the region.