Most Unique & Unusual Festivals in the World 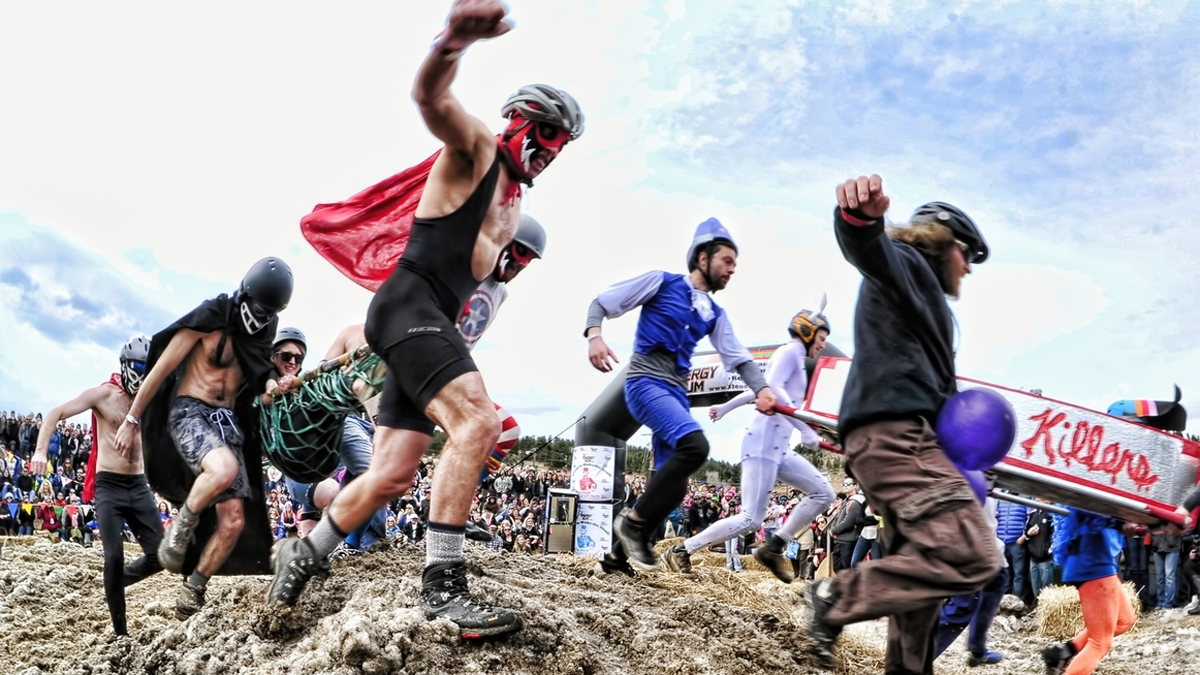 Residents of Nejapa assemble each year on the evening of August 31 to launch fireballs in remembrance of the El Playon volcano eruption in 1658. According to history, the natural disaster compelled the residents of the old town to leave and relocate where they are now. Currently, locals divide themselves into two teams and paint their faces to resemble skulls before starting the festival by launching palm-sized kerosene fireballs at the rival team. Even though it’s risky, Las Bolas de Fuego has been going strong for more than a century and is one of the most bizarre celebrations in the world.

The largest and busiest event in Cheung Chau is the Bun Festival. The celebration that was initially held to mark the end of the island’s epidemic has evolved into one of the most well-known cultural occasions today. The celebration lasts for almost a week and features a colourful yet traditional parade as well as the renowned Bun Scrambling Competition, in which competitors attempt to catch as many buns as they can from a 60-foot bamboo tower. According to records, more than 60,000 buns are produced by Kwok Kam Kee, the event’s official bun supplier, and are scaled by three trained men.

Read More | Fun Things to do When It’s Cold Outside

The Florida Keys Underwater Music Festival is the place to go for all divers and music fans. With the goal of raising awareness for coral preservation, Bill Becker, the organization’s founder, coordinator, and music director, elevated music festivals to a whole new level. Since it began more than 25 years ago, the unusual celebration at Looe Key Reef has welcomed hundreds of snorkelers. The event features musician-divers and local artists playing fanciful instruments, together with pre-selected radio playlists, ocean-themed songs, and live streaming from underwater speakers, providing an incredible visual feast for everyone.

Prepare to get dirty during the Boryeong Mud Festival. The town of Boryeong, 200 kilometres outside Seoul, is well known for its mud cosmetics. What started off as a marketing event in 1998 eventually developed into a well-known festival that attracts millions of tourists every year. Immersing yourself in mud may seem a little strange, but Boryeong’s mud stands out for its abundance of natural minerals and nutrients, which provide amazing skin advantages that are well known all over the world. The ten-day yearly event, which takes place in July, features a variety of makeover and massage services in addition to mud-soaked activities including mud pools, mudslides, and mud skiing.

Visit Lopburi Monkey Banquet, also known as Monkey Buffet Festival, to witness the financial mayhem. The Lopburi Province, north of Bangkok, prepares an impressive achievement each year that includes 4,000 kg of fruits, vegetables, cakes, and chocolates that feed up to 2,000–3,000 macaque monkeys in an effort to bring luck to the region and its residents. The event was started in 1989 by a local businessman who came up with this original idea to show appreciation to monkeys and boost tourism. Fortunately for him and the monkeys, it was successful!