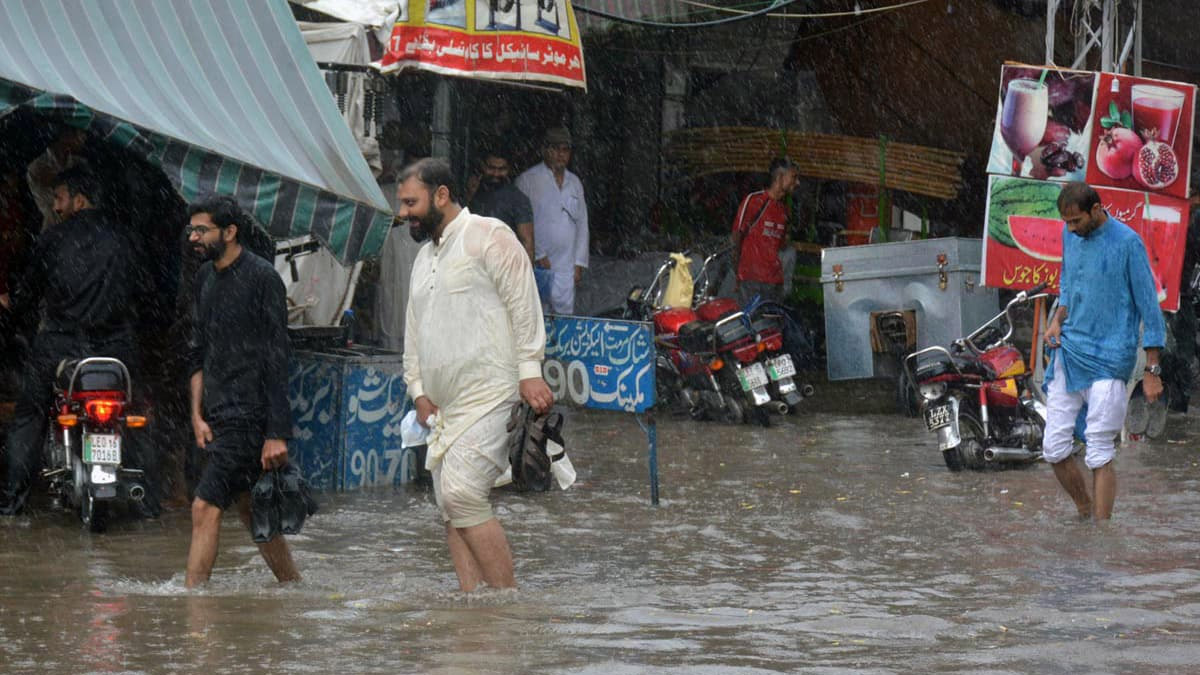 New round of heavy rain will hit the country in August

The Pakistan Meteorological Department (PMD) announced on Thursday that the monsoon season has not yet ended and that a new round of heavy rain will hit the country in August.

Heavy rain is likely in most parts of Balochistan, Sindh, Khyber Pakhtunkhwa, south Punjab, Azad Kashmir, and Gilgit-Baltistan, according to the prediction, according to APP.

Most Punjab districts should experience hot and humid weather. Rain, on the other hand, is forecast for Bhakkar, Layyah, Sahiwal, Bahawalnagar, Bahawalpur, Dera Ghazi Khan, Multan, and Rahim Yar Khan.

Rainfall may cause landslides in Kashmir, KP, and GB, according to the PMD.

Separately, the Met Department warned the Senate’s Standing Committee on Climate Change that the entire country will receive more rain than usual this season.

The committee, which convened at Parliament Lodges with Senator Seemi Ezdi in the chair, was also briefed by the head of the National Disaster Management Authority (NDMA) on the threat of flash floods and urban flooding.

Climate Change Minister Sherry Rehman predicted that such incidents would become commonplace, and that the country’s general infrastructure would be unprepared for such calamities, resulting in a serious humanitarian crisis.

Despite strong warnings from the Met Department, the minister noted, provincial governments lacked the capacity for relief and rescue.

However, Asif Hyder Shah, secretary of the Ministry of Climate Change, claimed that the Met department was unable to predict weather patterns in specific places “due to a lack of current technology.”