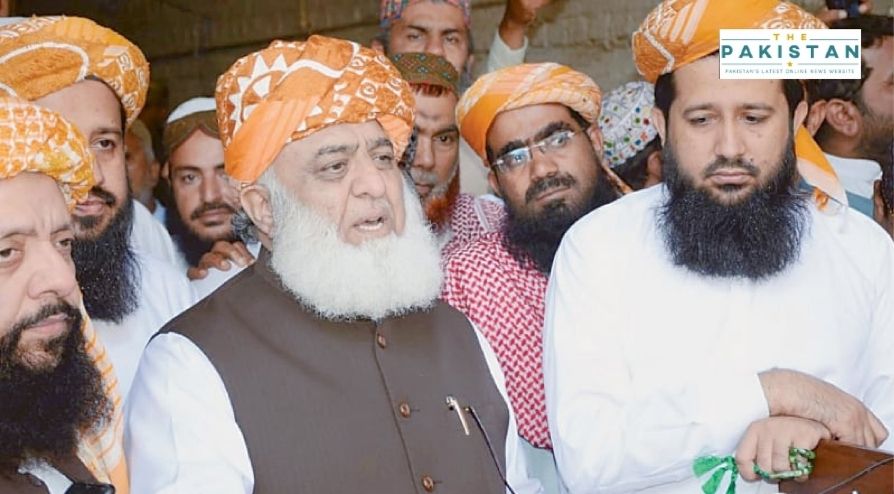 As the tit for tat between the Pakistan Democratic Movement and the government continues, the PTI leader and Minister for Kashmir Affairs Ali Amin Gandapur has alleged that Maulana Fazl-ur-Rahman and his party Jamiat-e-Ulema (F) has links to the British intelligence agency MI6.

Addressing a press conference, Gandapur said that Fazl was nothing but a “rejected politician wearing a religious cloak to hide the wealth that he has amassed through corruption”.

Only the person who has the capabilities to gather wealth through illegal means and has expertise to park that ill-gotten wealth will be made the chief of the thieves.” These abilities had made him the “ring leader” of opposition party’s supremo Nawaz Sharif and others, he remarked. “I present him four sets of questions and demand that the Maulana answer them in the upcoming public gathering [of PDM in Lahore] on December 13,” Mr Gandapur said.

The fresh allegations come just a day ahead of the PDM’s announced rally in Lahore where all of the 11 opposition parties are set to demand for ouster of the PTI-led federal government which they say has taken over the government without having a mandate.

Maulana Fazl ur Rehman is the key man behind organising these rallies and has been at the heart of opposition’s protests against the PTI government. He has also served as a liaison between the PPP and the PMLN and has helped iron out the differences between the two erstwhile arch enemies.

Earlier, the PDM also warned that they plan to resign en-masse from that national assembly to record their protest against the PTI government and have called for resignation of PM Imran Khan.