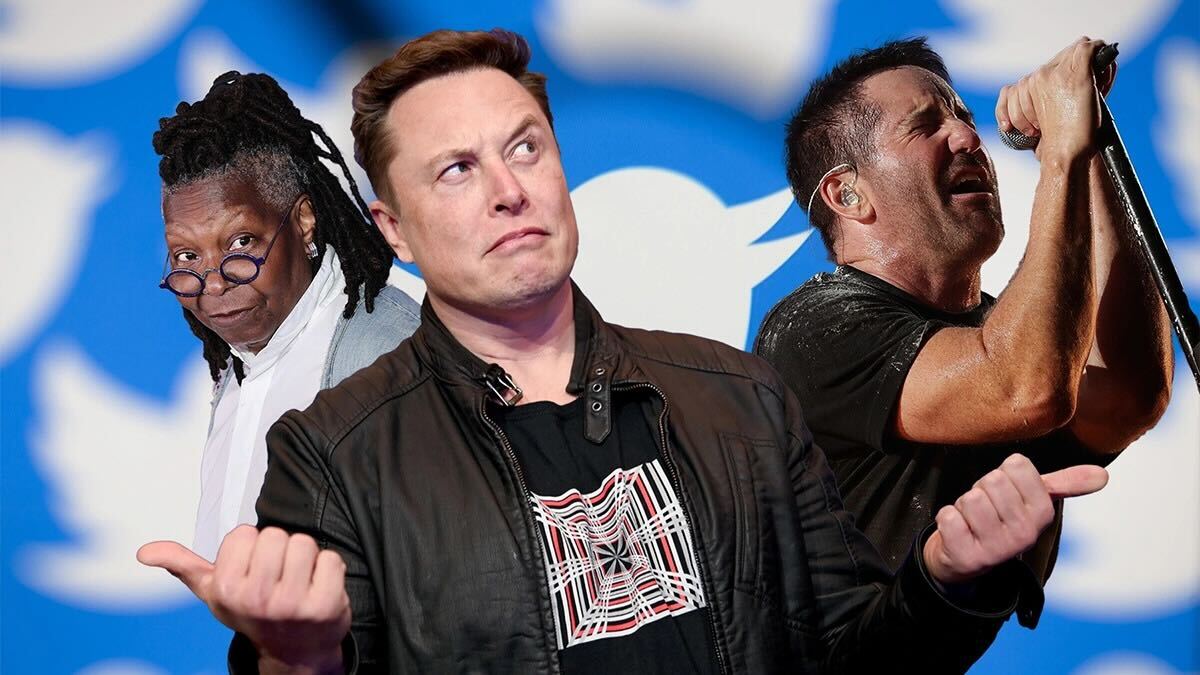 Following Elon Musk’s takeover, the departure of celebrities from Twitter has continued.

Recently, Elton John, Jim Carrey, and Adam McKay all announced their departure from the site.

The pattern began in late October, just after Musk assumed leadership. Shonda Rhimes, a screenwriter, producer, and showrunner, was among the first celebs to depart and tweeted: “Not waiting around to see what Elon has in mind. Bye.”

Online discussion about celebrity exits began in April, when some stars pledged to leave the platform when Musk’s transaction concluded, expressing apprehension about what the billionaire would do as CEO.

Since Musk closed the $44 billion deal, hate speech on the site has increased. In the 12 hours following the takeover, the usage of the N-word on Twitter jumped by over 500%, according to one study organization.

Musk, a self-proclaimed “absolutist of free speech,” has already declared he will establish a new “content moderation committee” for Twitter that will bring together varied viewpoints.

The following celebrities and public personalities have followed through with their departure threats.

The creator of “Grey’s Anatomy” and “Bridgerton” announced on October 29 that she was leaving the platform. Rhimes stated on Twitter that she had no intention of sticking around “for whatever Elon has planned.”

Also on October 29, a Grammy-winning singer-songwriter announced her departure from the site. Bareilles tweeted the following: “Welp. It’s been fun Twitter. I’m out. See you on other platforms, peeps. Sorry, this is not for me.”

Olin, an executive producer on the Emmy-winning series “This Is Us,” recently announced his departure from the social networking platform. He sent out a tweet stating: “I’m leaving the area. No judgment.”

Toni Braxton remarked that she was “shocked and dismayed” by some of the stuff she has encountered following Musk’s takeover.

She stated that she was avoiding Twitter because it was “no longer a safe environment for me, my boys, and other POC.”

“Today, I deactivated my Twitter account. It has been a quagmire of hatred and prejudice for a long time, but especially under its new leadership, and it’s not a place I want to be a part of,” Hadid said in a post to her Instagram account.

10 Ways to Make Money While You Sleep