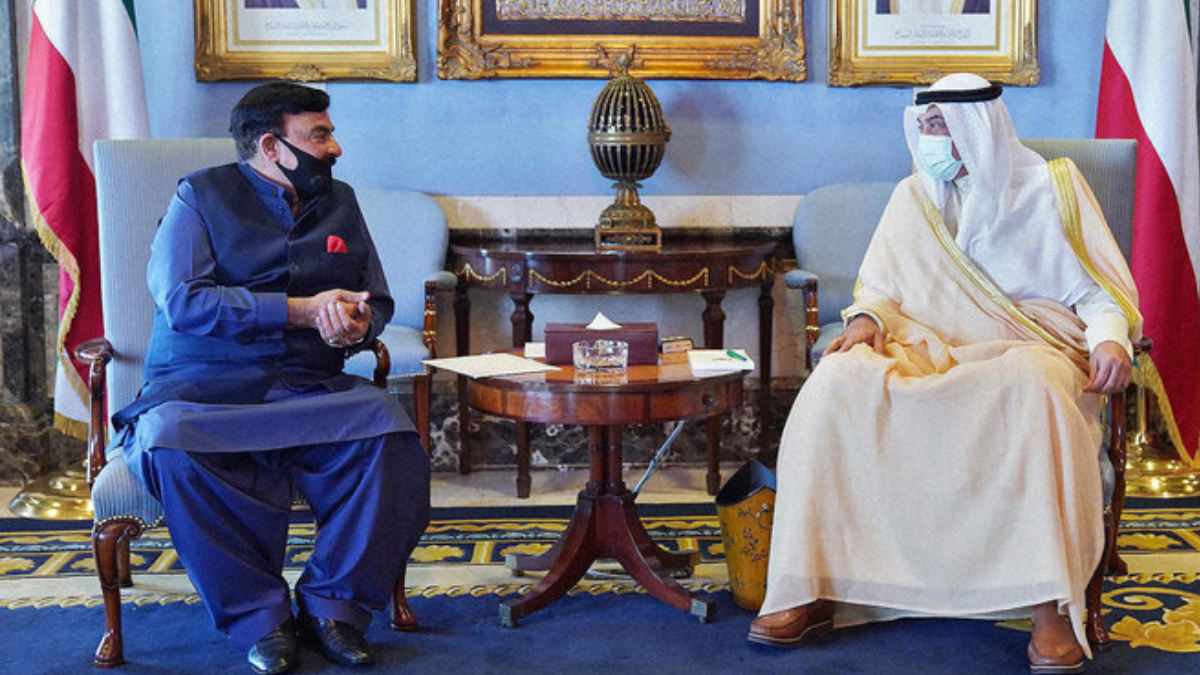 Interior Minister Sheikh Rasheed Ahmed, who is in Kuwait on an official visit, announced on Sunday that after a period of 10 years Kuwait has finally agreed to resume visas for Pakistanis.

The Interior Minister, on Sunday, reached Kuwait for this very purpose.

Kuwait had stopped visas to Pakistan and four other countries in 2011 due to “difficult security conditions in the five countries”.

The minister took to Twitter to make the announcement of the resumption of visas.

“There has been a development on the front of Kuwaiti visas that were stopped for Pakistanis since 2011. Business and family visas between Pakistan and Kuwait have now been restored,” he announced.

Rasheed said that there will no longer be any curbs on technical visas in the fields of oil and medicine.

He also said that trade between the two countries will see a rise after the resumption of business visas.

Rasheed apprised him that Pakistani families and the business community were in great difficulty with the Kuwaiti visa ban. He said that the restoration of visas will create various employment opportunities for Pakistanis and business visas will result in a spike in trade between the two countries.

Pakistan’s Ambassador to Kuwait Sajjad Haider was also present during the meeting.

In mid-March, the minister had said that talks were going on for Kuwaiti visas to be opened again for Pakistanis.