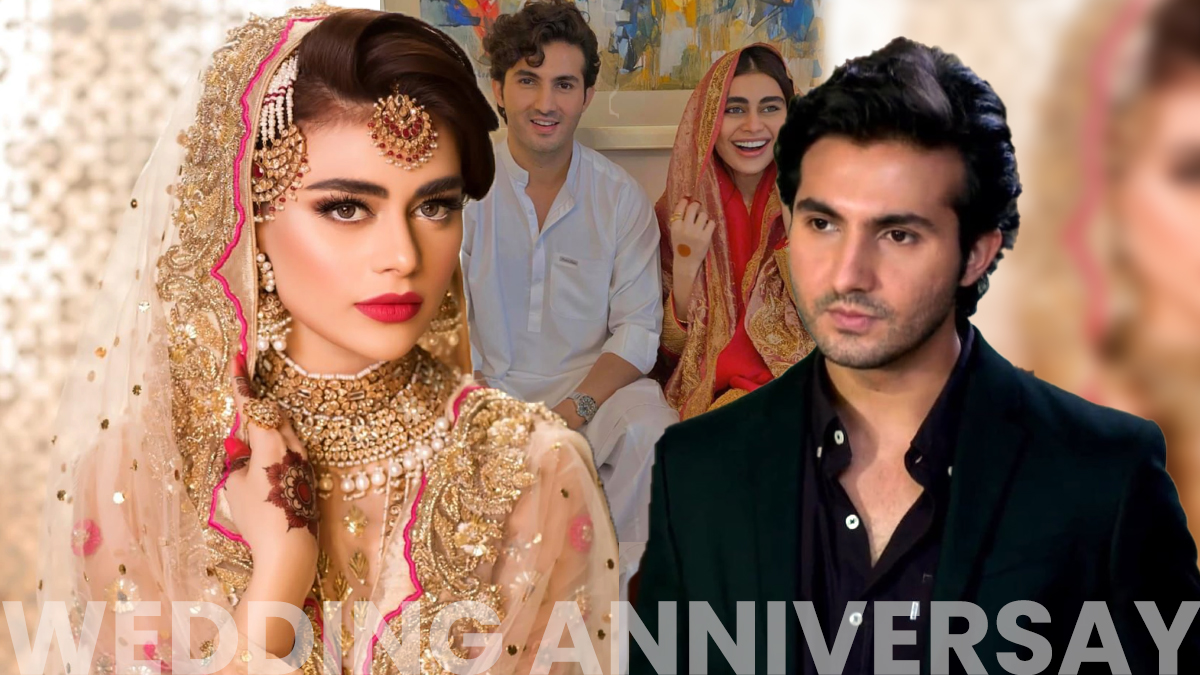 It is the small things that matter in life, prove the newly married couple Shahroz Sabzwari and Sadaf Kanwal. Shahroz has proved that gone are the days when people used to write lengthy love letters to their loved ones as now is the time for things to be short and crisp.

The Chain Aye Na actor kept it short and candid as he posted a video of his wife getting her PCR test done. The Pakistanti actor wished her one year anniversary as he said, “No lovey-dovey run of the mill anniversary post. A genuine why I love you so much video. Cracks me up every single time haha,” he posted. “Happy 1st anniversary to us.”

With the ongoing Covid-19 pandemic, people are limited to their homes and have been advised to avoid large gatherings or celebrations as much as possible. Hence, it has in a sense taught people how to continue to live life without much fuss. The gesture shown by Shahroz is one such way to express that his love is not limited to flowers and chocolates but also quirkiness.

Watch the video that Sabzwari posted on his social media handle-

Last year in May, the duo got married and made sure to keep it a short, quarantine wedding. It was only revealed to people when Sadaf changed her last name from Kanwal to Sabzwari that the couple had gotten married. Though the marriage attracted its share of controversy as people suspected that Shahroz was married to his first wife when he married Sadaf.

But the couple, especially Sadaf refuted all the claims that no one needs to worry about it as she is happy and the divorce was already finalised before the marriage. As per the actor, he first met Kanwal during an award show where the two performed together. Soon after, the friendship that the two shared off screen was seen into a different light.

It was the speculations about their relationship and their bonding that initially gave them the idea of giving it a name, said the actor. So with Sadaf I hit it off but when we came back, people started painting our friendship in a different light so then we both were like….” he said.

He then went on to thank the audience for bringing them together.