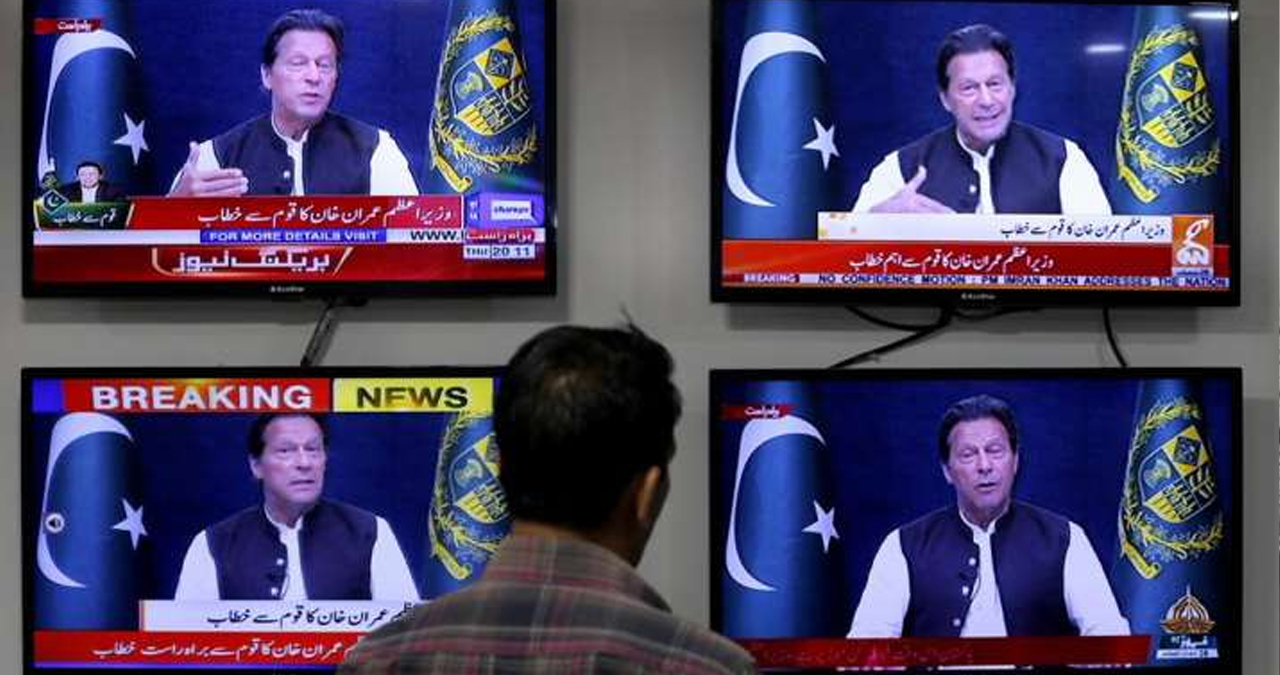 Ahead of his preparation for a no-trust motion and voting in the Parliament that has been pushed to Sunday, PM Imran Khan has shouted out loud over interference from Washington into the ‘internal matters’ of Pakistan and conspired to oust him from his position of leadership.

As Mr. Khan refused the oppositions call to step down in decency, Mr. Khan’s office sent off an official statement blaming the US State for having interfered in his office matters. In response, the US State Department has firmly rejected embattled Prime Minister Imran Khan’s remarks over Washington’s role in an alleged “foreign conspiracy” to oust him from power.

Taking to the local television, he has also said that a powerful country that is favoring India seems to be angry with Pakistan.

Mr. Khan referred to a kind of a threat letter issued to his office and mentioned US as the country that has sent it off. Apparently, the letter states of dire consequences if the no-confidence motion against Imran Khan was to fail. Towards this, the Foreign Office has summoned US Charge d’ Affaires in Islamabad Angela P Aggeler.

This action has been in consultation with the Pakistan’s National Security Council. The Foreign Office also handed over a letter of protest to the US diplomat over the language used by a foreign official during a formal communication. The US diplomat has been told that “interference in Pakistan’s internal affairs is unacceptable.”

Apparently, this letter of protest is actually the ‘demarche’ issued by the NSC in response to what seems like America’s displeasure at Pakistan’s policy on Ukraine and subsequently Pakistan’s Ambassador. However, at a time when Mr. Khan’s political career seems to be in doldrums, he has linked the letter with the no-confidence motion against him by the Opposition in the National Assembly.