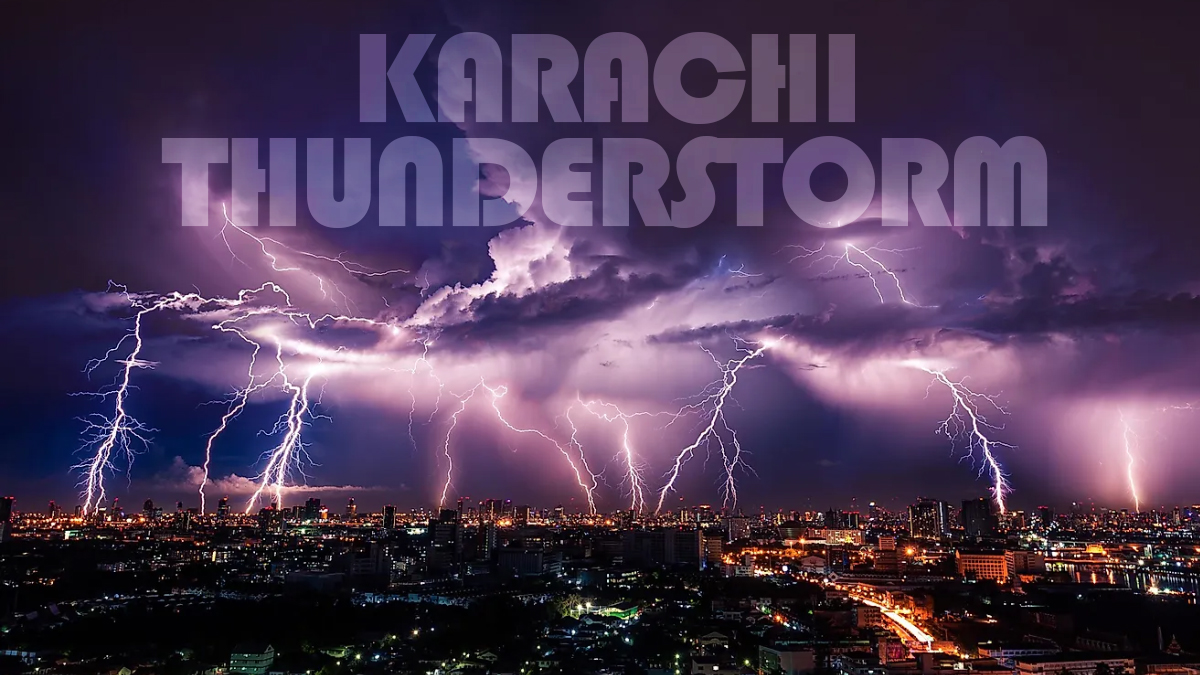 The Pakistan Meteorological Department (PMD) predicted, on Thursday, that the low-pressure monsoon system was present over South Gujarat, India, and had intensified into a depression at a distance of 340 kilometres from Karachi.

Now, Karachi, along with several other parts of Sindh, is gearing up for a thunderstorm as the cyclone ‘Gulab’ has strengthened because of favourable environmental conditions.

The PMD warned of torrential rains from September 30 to October 3. Furthermore, it warned of urban flooding caused by heavy downpours in Karachi, Thatta, Hyderabad and other cities.

The alert caused concerns among Karachi citizens who took to social media sites to express their dismay.

The Karachiites have just recovered from the recent spells of rains that resulted in heavy flooding in some parts of the city, specifically in North Karachi and New Karachi.

With heavy rain expected by late afternoon – as per indications on weather apps – Sindh Board of Technical Education cancelled the examination set for Thursday.

Most of the schools did not announce if they would open or not, creating confusion among school children and their parents.

Similarly, no announcement was made from the universities and colleges either.

On the other hand, the rain forecast for Balochistan has also been linked to Cyclone Gulab in the Bay of Bengal.

There is a whopping 2300km distance between Karachi and the Bay of Bengal; the cyclone has been playing its impact on weather in the country’s commercial hub and other cities.

The core Cyclone Gulab has made landfall in Andhra Pradesh, India, already. Still, the weather system is expected to strengthen once it touches the Arabian Sea and turns into Cyclone Shaheen.

It is pertinent to mention that India’s Meteorological Department has also predicted rains in numerous Gujarat cities and has laid forth a ‘red alert.’

#CycloneGulab also trended on the Twitter panel in Pakistan on Wednesday night.