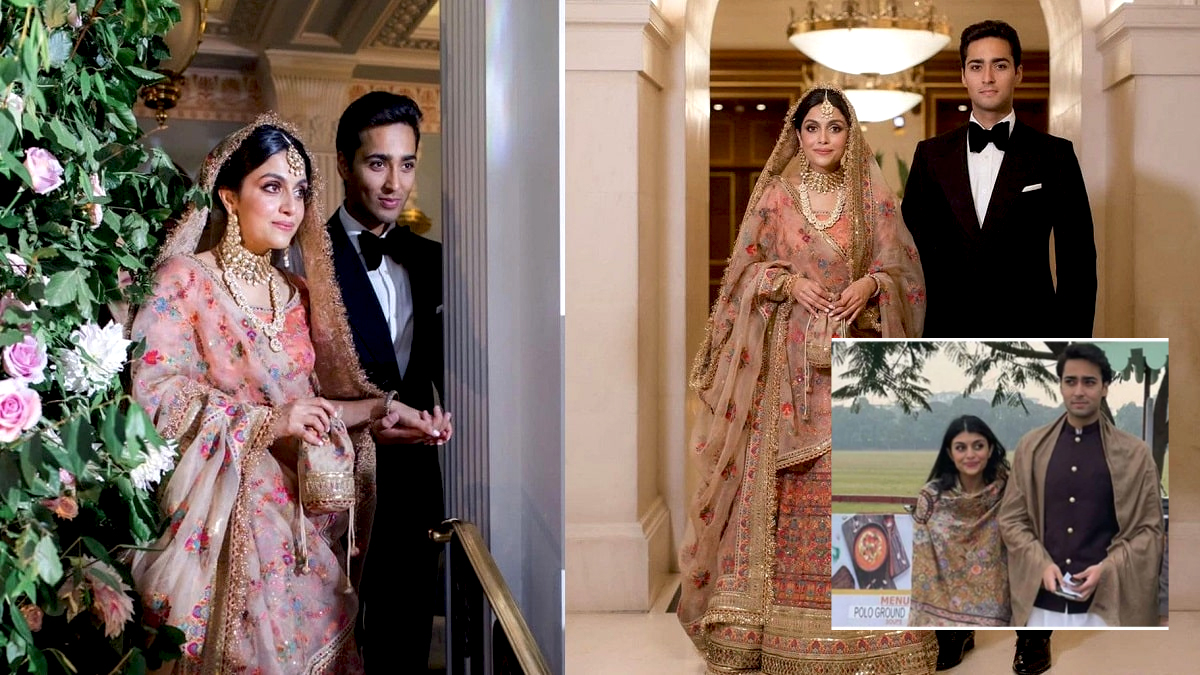 The son of PML-N Vice-President Maryam Nawaz – Junaid Safdar – and his newlywed wife Ayesha Saif were seen at the Lahore Polo Club, enjoying the thrilling final of the Lahore Open Polo Championship 2021.

The newlyweds watched the match and received congratulatory messages from their friends and acquaintances. As per eyewitnesses, the couple also mingled with spectators.

Junaid and his wife opted for elegant traditional outfits to grace the special occasion.

According to media reports, this was the couple’s first outing, undertaking a refreshing outing after week-long wedding festivities in Lahore and Islamabad.

Junaid and Ayesha got married in London in August.

For his reception, Junaid opted for a taupe-coloured sherwani. At the same time, his bride, Ayesha Saif, looked gorgeous in a mint-green outfit teamed with a tea-pink dupatta. She chose diamond jewellery and minimal makeup to complete her look.

It merits mentioning that Junaid Safdar is a polo enthusiast and has been playing the sport for Cambridge University, UK.

Junaid was in the headlines back in June this year as he participated in the annual Oxford versus Cambridge Varsity Match. His grandfather, PML-N supremo Nawaz Sharif, and other family members also joined Safdar at the Guards Polo Club for the game watched by hundreds of students from Oxford and Cambridge Universities.

Nawaz Sharif could be seen sitting with his son-in-law Ali Dar and grandson Zayed Hussain.

Oxford won the match. Junaid was awarded the ‘Best Playing Pony’ Award as he scored all three goals for his side.