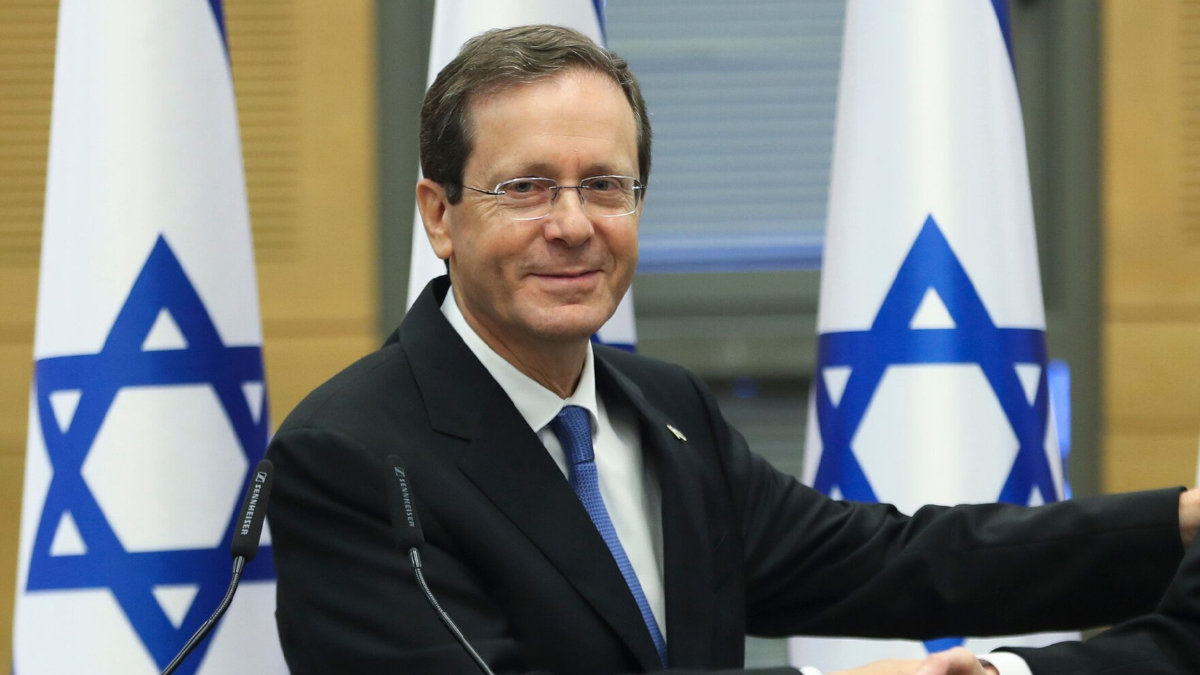 Israel President Isaac Herzog said Thursday that he had had an “amazing experience” meeting a delegation, composed of Pakistani expatriates, in the United States.
The Israeli president spoke at the World Economic Forum (WEF) — in Davos, Switzerland, on Thursday — about the Abraham Accords, which is a US-backed deal that led to the normalization of Israel’s ties with the UAE and Bahrain.
It is pertinent to state that Pakistan has refused to accept Israel as a sovereign state from the outset and pushed for a two-state solution to resolve the Palestine-Israel conflict — and every government that came to power has endorsed this stance.
The Foreign Office made it clear that Islamabad was not considering recognizing Israel.
“For just and lasting peace, it is imperative to have a two-state solution in accordance with the relevant United Nations and OIC resolutions, with the pre-1967 borders, and Al-Quds Al-Sharif as the capital of a viable, independent, and contiguous Palestinian State,” said the Foreign Office.
But Herzog said that the Abraham Accords were yielding in all levels of life and not confined to mere visits.

Read Also | Miftah says no added taxes on already burdened masses
Herzog said: “I’ll tell you, you know, we are seeing it in all levels of life. Not speaking about just mere visits. We are seeing interest on all economic, scientific, and innovation levels, but I will tell you more about the personal feelings.”
“One was a delegation of young opinion-makers from Morocco who have aligned on Facebook with an Israeli NGO. They both came and sat with us for an hour and it was just amazing to listen to the experience of breaking barriers and moving forward and intertwining with each other.”
“And I must say this was an amazing experience because we haven’t had a group of Pakistani leaders in Israel ever in such scope, and that all stems from the Abraham Accords, meaning Jews and Muslims can dwell together in the region.”