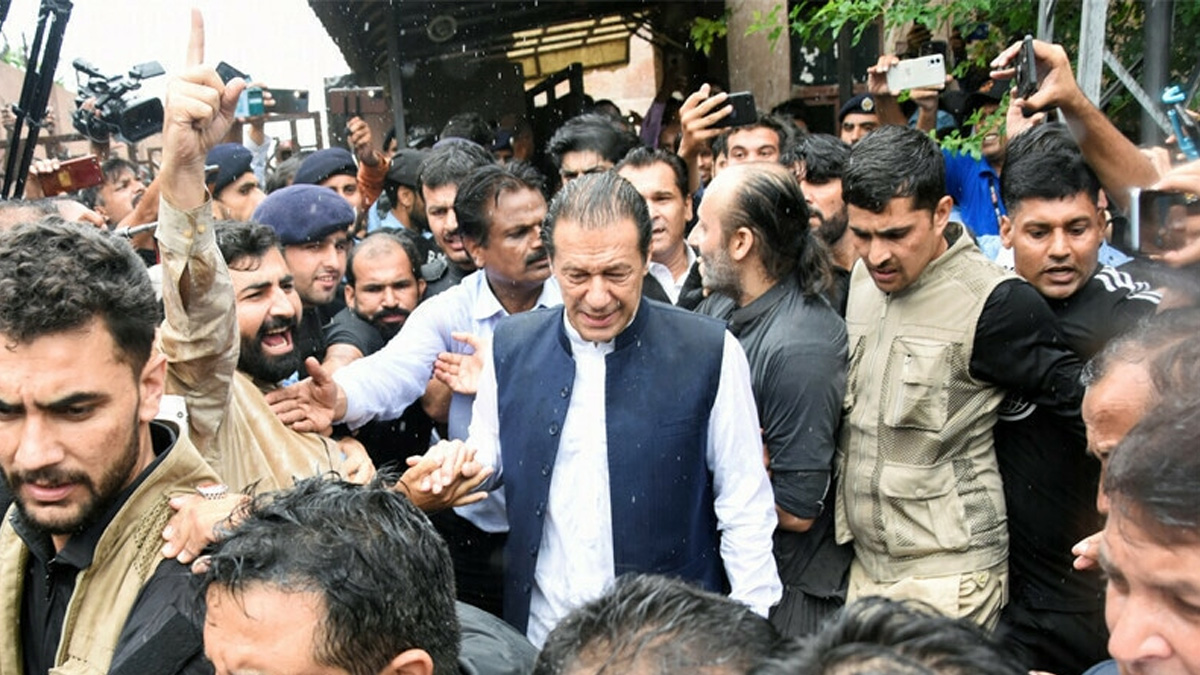 Connection With the Terrorism Case

Imran Khan has had his temporary relief confirmed in connection with the terrorism case against him as his bail was extended by an Islamabad anti-terrorism court (ATC) till September 12.

After making contentious comments against a female judge at a party event in the capital on August 20, Imran was detained in a terrorism case. Imran was given temporary pre-arrest release until September 1 (today) by the Islamabad ATC last week.

On Thursday, ATC Judge Raja Jawad Abbas Hassan began hearing the case amidst extensive security measures. The court called the PTI leader at 12pm, which caused the hearing, which had started around 10am, to be temporarily postponed.

Imran’s attorney, Babar Awan, said that the PTI leader had been before the court in accordance with its instructions when the hearing picked back up.

The prosecution was questioned by the judge over the new allegations brought against Imran, particularly regarding Section 506 of the Pakistan Penal Code.

“Tell us, are there any charges that are still pending,” Awan asked. In response, the prosecutor said he would explain when he made his case.

All charges, with the exception of the terrorism offence, were declared by the court to be bailable. Imran’s bail was later extended by the judge until September 12 with the stipulation that he would hear arguments at the following hearing.