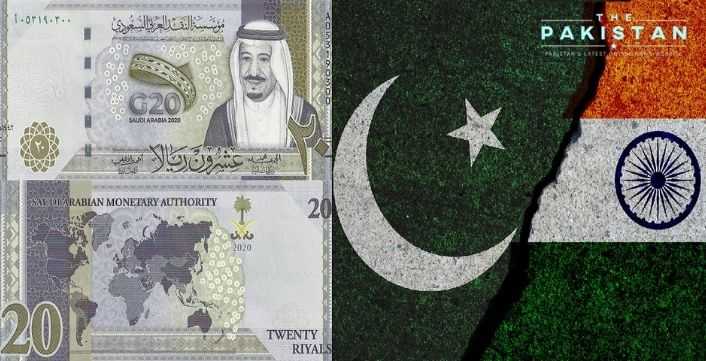 India has lodged its protest with Saudi Arabia over the new currency note which shows a South Asian map with Kashmir independent of Pakistan as well as Kashmir.

The map also shows Gilgit-Baltistan as part of Kashmir as well. The map was hailed as a great success by the Kashmiris which have been living under the yoke of Indian armed forces for more than five decades now.

However. India was visibly perturbed over the move calling on Saudi Arabia to record its protest.

“We have conveyed our serious concern to Saudi Arabia, both through their Ambassador in New Delhi as well as in Riyadh, for this gross misrepresentation of India’s external territorial boundaries on an official and legal banknote of Saudi Arabia and asked the Saudi side for taking urgent corrective steps in this regard [and] the entire Union Territories of Jammu and Kashmir and Ladakh are integral parts of India,” India’s Ministry of External Affairs informed Saudi Arabia.

Saudi Arabia has printed the 20 riyal note on October 24 to celebrate the Saudi presidency of the G20. The global outfit for international cooperation will convene its next summit meeting on November 21-22 in virtual mode and the controversy has cast a shadow on the preparatory days for the summit.

Meanwhile, Pakistan has not shown any reaction with the Saudi Arabia despite the fact that the note clearly shows GB as part of Kashmir which Pakistan has claimed as its own region in the past as well.

The Gilgit Baltistan is currently administered by Pakistan and has been under its jurisdiction since independence. However, India as well as China have both laid claims on the region calling it their own or showing it as part of their countries in their official maps.

Pakistan was also mulling over plans to declare GB as a province but the work on that front also has been delayed.