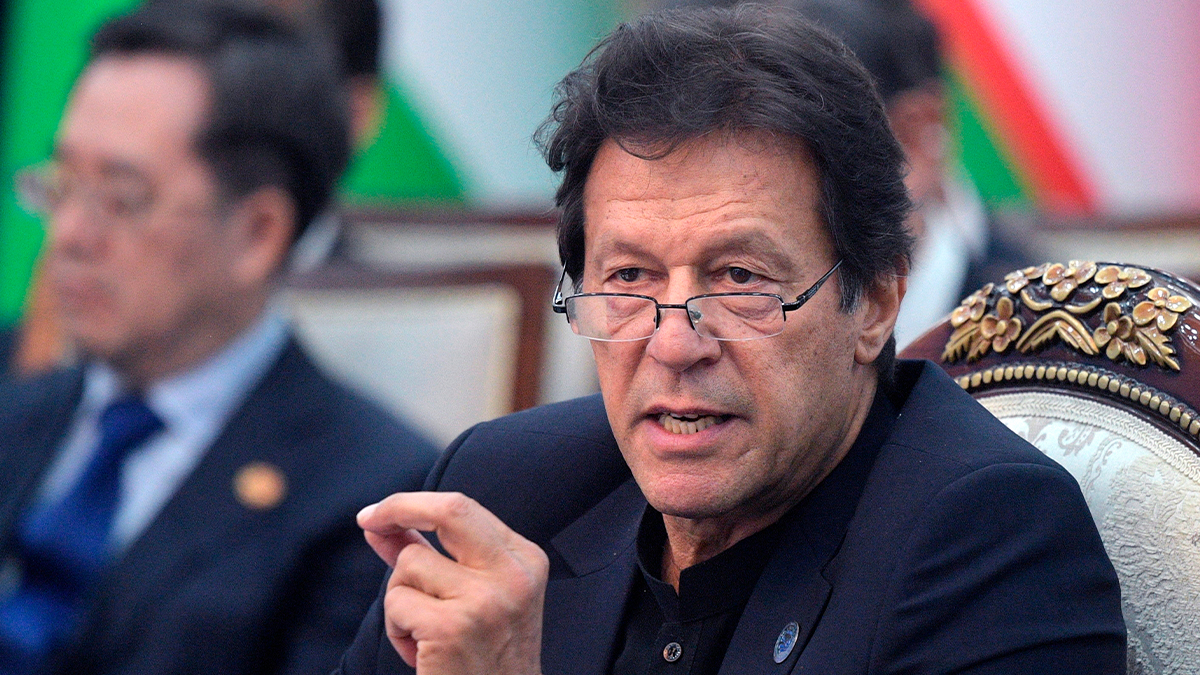 Imran Khan lamented the growing inflation on Thursday and issued a dire warning that international financial institutions will no longer trust Pakistan for loan extensions as Pakistan’s default risk has increased to 80% from the reported 75% on Wednesday.

He continued by saying that when the economy is in such bad shape and people start stockpiling dollars, the rupee will continue to plummet sharply.

Speaking at his party’s lengthy march in Dina, Mr. Khan made this statement while, unusually, emphasising the economics in his speech. If inflation kept increasing at the current rate, he asserted, 50 million people would soon fall below the poverty line.

In response to a report from the government’s Finance Committee on Agriculture, he stated that despite the nation’s surging inflation, a considerable decrease was seen in the consumption of diesel, fertiliser, and tractor purchases. Crop yield was therefore anticipated to decrease as well.

Read More | Never Any Truth to Imran’s Conspiracy Claims: US

The Pakistan Tehreek-i-Insaf (PTI) leader gave an overview of the industries, claiming that while he was in charge, the sector was growing but that it had fallen to 1 percent in the previous seven months. He noted that the nation’s wealth was rapidly declining, making it challenging to repay the loans.

The PTI leader added that he had previously forecasted the nation’s current economic state as well as the claimed hazards to national security.

In addition, he expressed concern that the existing leaders would leave the nation once their legal matters were resolved and the economy was in order.

He went on to say that the government didn’t trust them and that they wanted to “eliminate” the opposition and appoint an army chief who’supported’ their plans. He hastened to add that he didn’t have any doubts about the intentions of any of the contenders for the crucial position, but he didn’t trust the rulers.

Mr. Khan asserted that the nation intended for the “Haqeeqi Azadi” march to send the message that they did not trust the authorities that the only way out of all the issues the country was facing was free and fair early elections.

He demanded an investigation into how a money laundering case against the premier and his family was closed when witnesses and the investigator all passed away in quick succession. He added that a country with a “thieves'” government and one that tolerated injustice had no future.

He concluded by saying an ocean of people would arrive in Rawalpindi at the end of his party’s lengthy march and that he would announce his strategy on Saturday.

What Does Malala Think About Film Joyland?