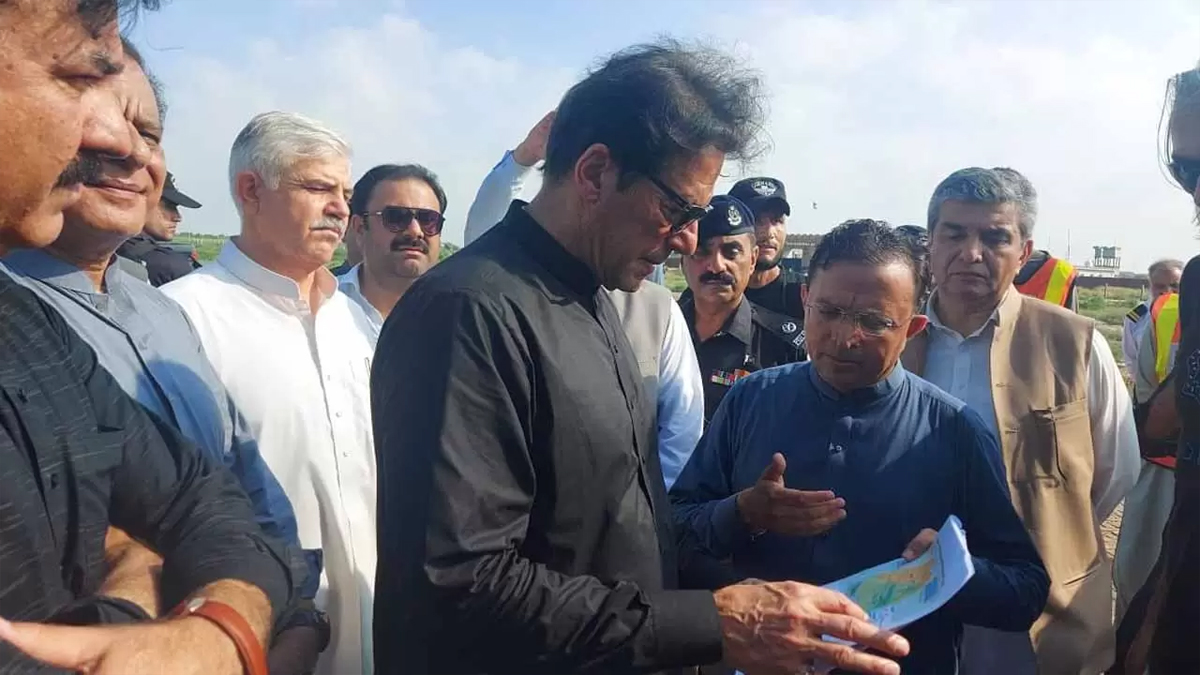 Affected by the Devastating Floods

Imran Khan, chairman of the Pakistan Tehreek-i-Insaf (PTI), will take part in a global telethon today to raise money for those affected by the devastating floods that have so far claimed around 1,000 lives and left over 30 million people without a place to live in Pakistan.

The former prime minister claimed in a video message that Pakistanis were suffering as a result of widespread floods that had a severe impact on many people.

“Tonight at 9:30 pm, I’ll host a telethon to solicit donations from Pakistanis living abroad and those living in Pakistan for the flood victims. I want each and every Pakistani to donate something to the charity,” he stated.

Participation From all Provinces

“A committee led by PTI leader Dr. Sania Nishtar will handle all matters relating to donations, according to Imran Khan,” who also stated that the group will include participation from all provinces.

He declared that the money would be used and given to flood victims.

It’s important to note that the PTI leader on Saturday announced plans to host a global telethon for flood victims.

“Our senior leadership got together, and we decided I should host an international telethon on Monday night to raise money for flood victims. The Imran Tigers will be enlisted to assist with relief efforts. In order to determine and organise the distribution of cash based on needs, a committee headed by Sania Nishtar will be established.”

One day after declaring his unwillingness to take part in the effort to raise money for the disaster victims, Imran had a change of heart. The former prime minister declared during a trip to Dera Ismail Khan that he wouldn’t solicit donations unless he knew with certainty if the monies would be used honestly or not.

In relation to the flood situation, the former premier also came under fire for “playing politics,” with Planning Minister Ahsan Iqbal urging people to avoid “such pessimism.” The minister stated on Saturday, “Imran [Khan] mentioned today that tremendous damage occurred because we did not create efficient infrastructure—this is a false statement…it is irresponsible and it should not happen.”

Bilawal Bhutto-Zardari also criticised the PTI leader for holding political events despite the severe flooding that had hit Pakistan. “It’s regrettable that politics are being conducted despite the significant destruction brought on by the rains.”