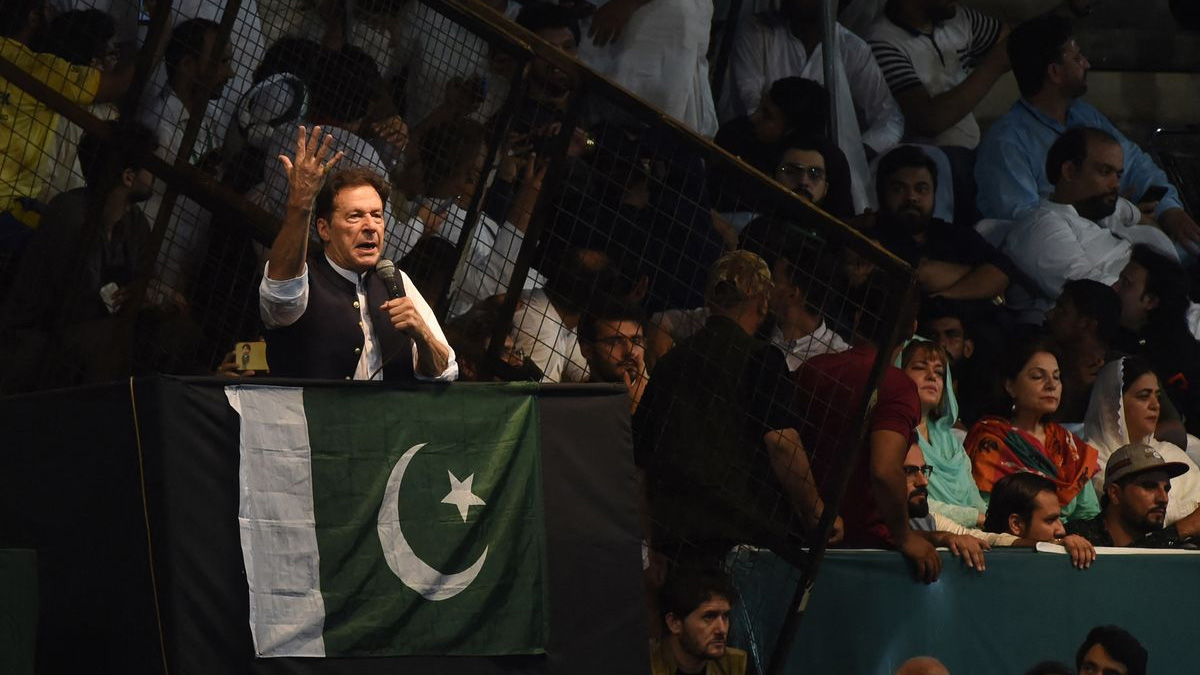 In a terrorism case filed against him for threatening additional district and sessions judge Zeba Chaudhry and the Islamabad police chief, former prime minister and PTI leader Imran Khan is expected to appear to get pre-arrest bail on Thursday (today) at the Federal Judicial Complex, where more security has been deployed.

Imran Khan would personally apply for bail in the case brought against him by the government on Thursday, according to PTI leader and attorney Babar Awan.

In accordance with Section 7 of the Anti-Terrorism Act, a first inquiry report (FIR) was filed last week at the Margalla police station against the PTI chairman for his threatening comments made to a female judge and the capital police at the party’s gathering in Islamabad on August 20.

Imran Khan presided over a meeting of the party’s legal committee earlier in the day, where it was determined that an application for the ex-prime minister’s bail would be made before the ATC Islamabad, according to Mr. Awan in a video message posted on PTI’s Twitter on Wednesday.

“Imran Khan will travel there on his own. We’re all going tomorrow, God willing,” he said.

In the meantime, a petition calling for the disqualification of PTI Chairman Imran Khan for failing to disclose his daughter in his nomination papers submitted to the Election Commission of Pakistan was postponed by the Islamabad High Court on Wednesday till the end of September.

IHC acting Chief Justice Aamer Farooq instructed petitioner Mohammad Sajid to make further arguments because he was unable to persuade the court that the petition was maintainable.

The petitioner had asked the court to declare the PTI leader ineligible to serve in the National Assembly on the grounds that he did not meet the requirements set forth in Articles 61 and 62 of the Constitution.