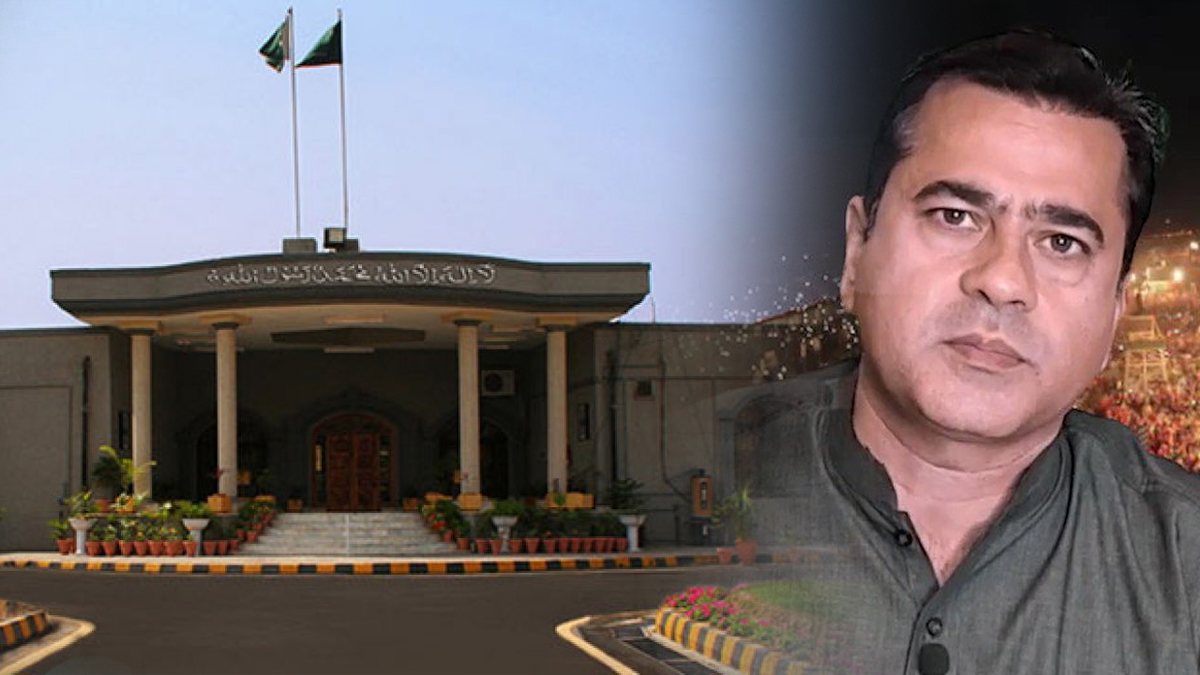 On Wednesday, the Islamabad High Court (IHC) dismissed a petition filed by journalist Imran Riaz Khan challenging his arrest, concluding that the matter was outside of its purview, and directing the petitioner to the Lahore High Court (LHC).

On the outskirts of Islamabad on Tuesday night, Khan was detained by the Attock police as he was en route to the federal capital to obtain pre-arrest bail from the IHC in a treason case that had been filed against him.

Journalist Was Apprehended By An Attock Police

According to sources within the police, the journalist was apprehended by an Attock police contingent and taken to the Attock City Police Station with the help of a squad from the Elite Force.

Later, the journalist posted a video of himself being detained, in which he can be seen sitting in his car with police officers surrounding him. He said defiantly as he got out of the car to surrender, “You have stolen my [bulletproof] car and guns, registered 20 FIRs against me, and now you want to arrest me as well, go ahead and arrest me.”

As soon as the incident was revealed, Khan’s legal team petitioned the IHC for contempt, naming the Punjab and Islamabad police commanders as respondents. In a late-night move, Justice Athar Minallah had summoned the chief commissioner and chief police officer of Islamabad and ordered them to appear before the high court.

Khan’s attorney said at the hearing today that his client was taken into custody from the Islamabad Toll Plaza. “The police gave us a report in the LHC that stated 17 cases had been filed against Riaz.

He added, “I have also filed a contempt petition at the LHC separately. However, the FIR that was filed yesterday night was never disclosed to the court.”

IHC Was Unable To Look Into Matters

Justice Minallah said that each court had its own jurisdiction in this instance and that the LHC might look at the situation. He continued by saying that the IHC was unable to look into matters relating to Punjab and that Imran Riaz Khan’s detention in Attock did not fall under its purview.

However, the journalist’s attorney claimed that the court’s orders against any arrests had been broken. He added that Khan had been detained by the Islamabad police, not the Punjabi ones.

Khan Was Detained Beyond The Scope Of The Court’s Authority

“The court had mentioned Islamabad arrests. Khan was detained beyond the scope of the court’s authority, the IHC chief justice emphasised, adding that if the LHC found that the detentions took place in Islamabad, “you can bring the order here.”

The petition was subsequently dismissed by the court, which also advised the journalist to contact the LHC because doing so would be in his “best interest”.

The journalist said in a recent video posted to his YouTube account that he received threats after questioning military sources about the nation’s current political and economic predicament. He addressed Chief of Army Staff General Qamar Bajwa directly.

Several lawsuits have been filed in recent months against senior journalists who support the PTI, including Khan, Arshad Sharif, and Sabir Shakir, for allegedly inciting hatred against the military and public institutions.