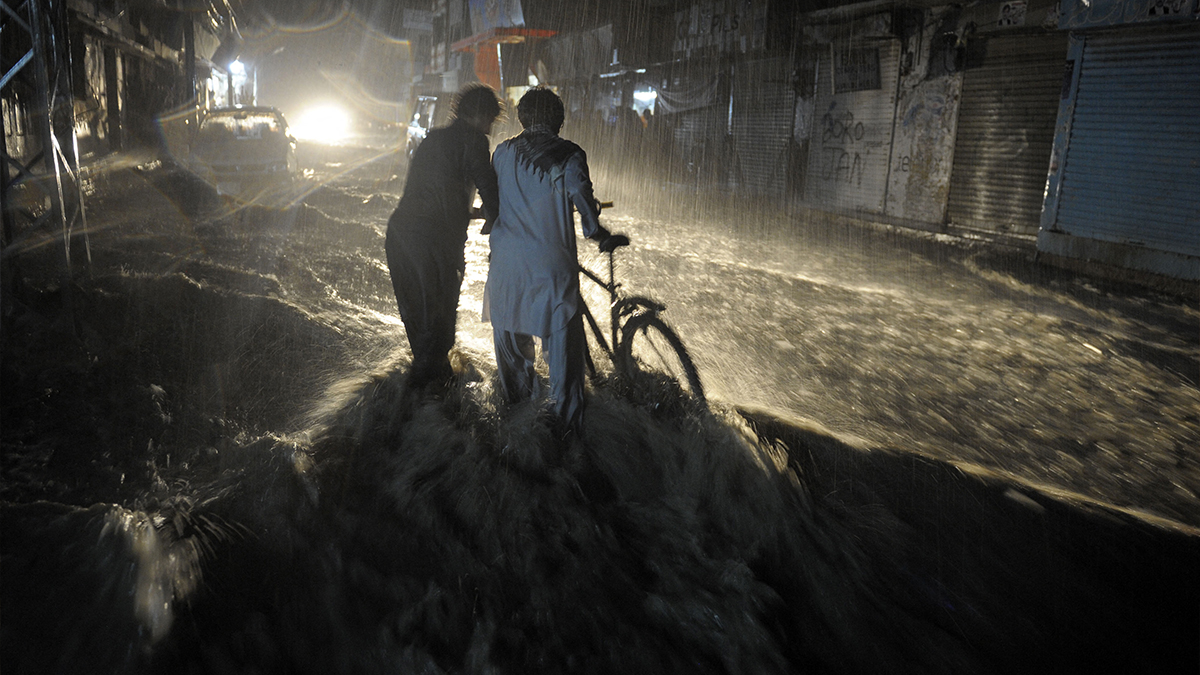 Over the past 24 hours, numerous areas of Balochistan have experienced monsoon rains with strong winds, resulting in at least 20 deaths in rain-related accidents.

Officials reported that six women from the same family in Quetta were among the fatalities. Rain and heavy winds caused the wall of the women’s temporary home to fall, killing them.

Two women reportedly died from their injuries since there were no plans to take them to a hospital, according to their family members. The family travelled to Quetta for the summer; they are from the Balochistan region of Jaffarabad.

According to representatives of the Provincial Disaster Management Authority (PDMA), four bodies were found in floodwaters that had collected near the Eastern Bypass, Kharotabad, and other locations.

In the Quetta district, the Balochistan government has already declared an emergency.

Over 50 mud homes fell, according to the authorities, at the Eastern Bypass, Sariab Mills, and other outlying districts.

PDMA Divers Were Able To Rescue The Body

In a separate incident, PDMA divers were able to rescue the body of one of the two girls who drowned in a deep pond in the Bhosa Mandi region last night, while the other could not be located despite the passing of 24 hours.

Police notified the PDMA about the missing girls, and on Tuesday, the PDMA began a search.

On the outskirts of Quetta, in the Gang Shakri neighbourhood, the body of another man who drowned in a small dam was also discovered.

In the Mastung district’s Dasht neighbourhood, a wall of a house collapsed and killed two ladies.

Three kids in the Kech Districts drowned in a seasonal creek in the Mand neighbourhood near the Pakistan-Iran border. After prolonged rainfall in the region near Nand and Iran’s border, the stream was carrying a flash flood.

A seasonal nullah carried away five coal workers. Two of them were, however, saved by the villagers, while the other three perished in the rushing torrent.

Kartak Neighbourhood Of The Bolan District

In the Kartak neighbourhood of the Bolan district, another man was discovered dead after being washed away by a flash flood.

One person was found dead by Levies employees after drowning in rainwater in the Naal neighbourhood of Khuzdar district. A significant number of solar panels in Khuzdar and the surrounding areas were also harmed by the rain.

Additionally, the Makran division’s Turbat, Panjgur, Pasni, Ormara, and other areas experienced heavy monsoon rains. However, thus far, there have been no significant fatalities recorded from these places. Army personnel in Gwadar were assisting the local government in draining the water that had accumulated in many locations.