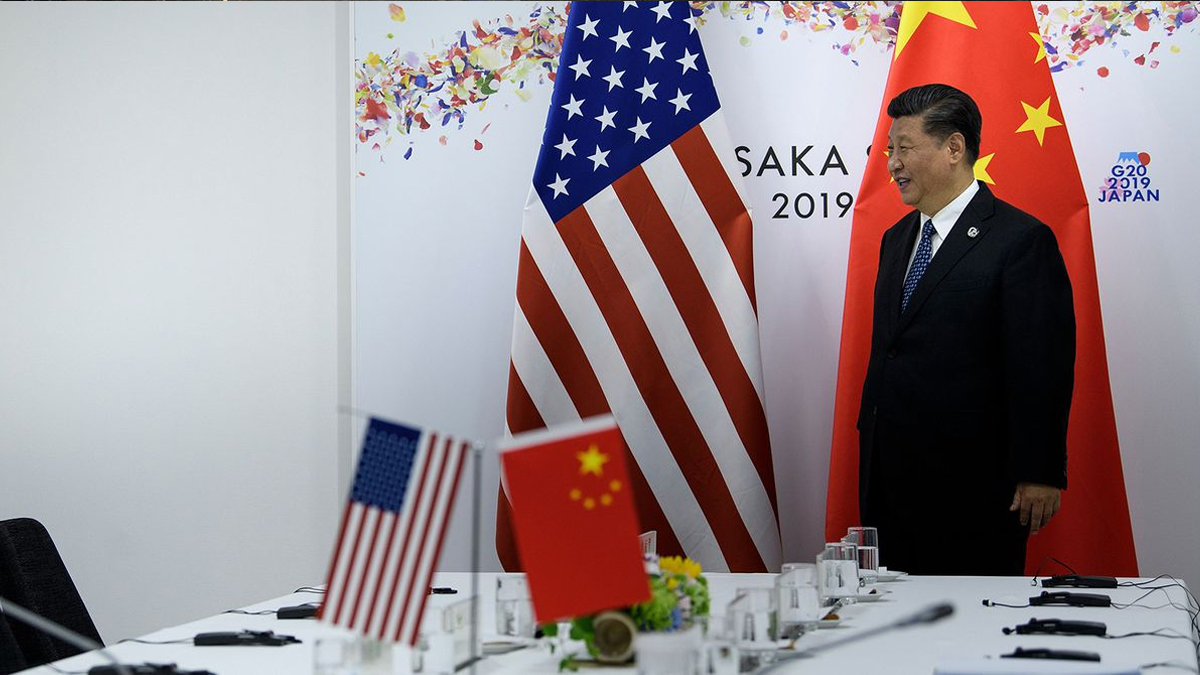 Representatives from China and the United States

Top representatives from China and the United States spoke on a “candid” video chat on Tuesday to address supply chain concerns in particular.

The conversation between US Treasury Secretary Janet Yellen and Chinese Vice Premier Liu He took place as President Joe Biden is considering removing some tariffs on Chinese goods in an effort to lower the inflation rate.

The two largest economies on the planet are also dealing with tightened supply chains and rising energy costs.

China’s official Xinhuanews agency claimed that “the two sides believe that it is of great significance to boost macro-policy communication and coordination between China and the United States as the world economy is experiencing serious challenges.”

Entire Globe to Cooperatively Safeguard the Stability of the Global Industrial

“And it is in the interests of both countries as well as the entire globe to cooperatively safeguard the stability of the global industrial and supply chains.”

According to the Xinhua article, the United States requested the video call, and it was a “productive” conversation.

The US Treasury Department stated in a readout that Yellen and Liu “addressed macroeconomic and financial developments in the United States and China, the global economic outlook amid rising commodity prices and food security problems.”

The impact of Russia’s war against Ukraine on the world economy and “unfair, non-market” (Chinese) business practises were two concerns that Secretary Yellen openly raised.

In addition to being accused of giving diplomatic cover for Moscow by criticising Western sanctions and arms shipments to Ukraine, China has consistently declined to denounce the Russian incursion.

Authorities in the US are scrambling to find methods to reduce pricing pressures as the country experiences inflation at 40-year highs.

One possibility is to remove some of the trade restrictions that Donald Trump, Biden’s predecessor, imposed on China.

Trump Duties are Slated to Expire

Given that some of the Trump duties are slated to expire on July 6 if they are not renewed, a decision is likely to be made soon.

The penalties were intended to hold China accountable for what the US claims are “unfair trade practises.”

China “raised its concern about problems including the lifting of additional tariffs on China and sanctions by the US side” during the call with Yellen on Tuesday, according to Xinhua.

This Monday, the State Department in Washington announced that US Secretary of State Antony Blinken will have a rare encounter with Chinese Foreign Minister Wang Yi in Bali.

In the midst of rising tensions on a number of issues, including Taiwan, Wang and Blinken will meet on the fringes of a Group of 20 ministerial summit on the Indonesian resort island, according to the State Department. Their last encounter took place in October.

The meeting takes place as US President Joe Biden expresses hope for a new discussion with Chinese President Xi Jinping in the coming weeks. Xi Jinping has not visited outside since the Covid-19 epidemic.

According to the State Department, Blinken would meet with his counterpart in Indonesia in addition to other parties before departing on Saturday for an official visit to Thailand, an ally of the US, which had to be postponed the year prior due to an outbreak of Covid in the delegation of the top US diplomat.

Meetings between the United States and China, which had once been commonplace, had almost come to a stop due to the pandemic and rising tensions between the two biggest economies in the world.