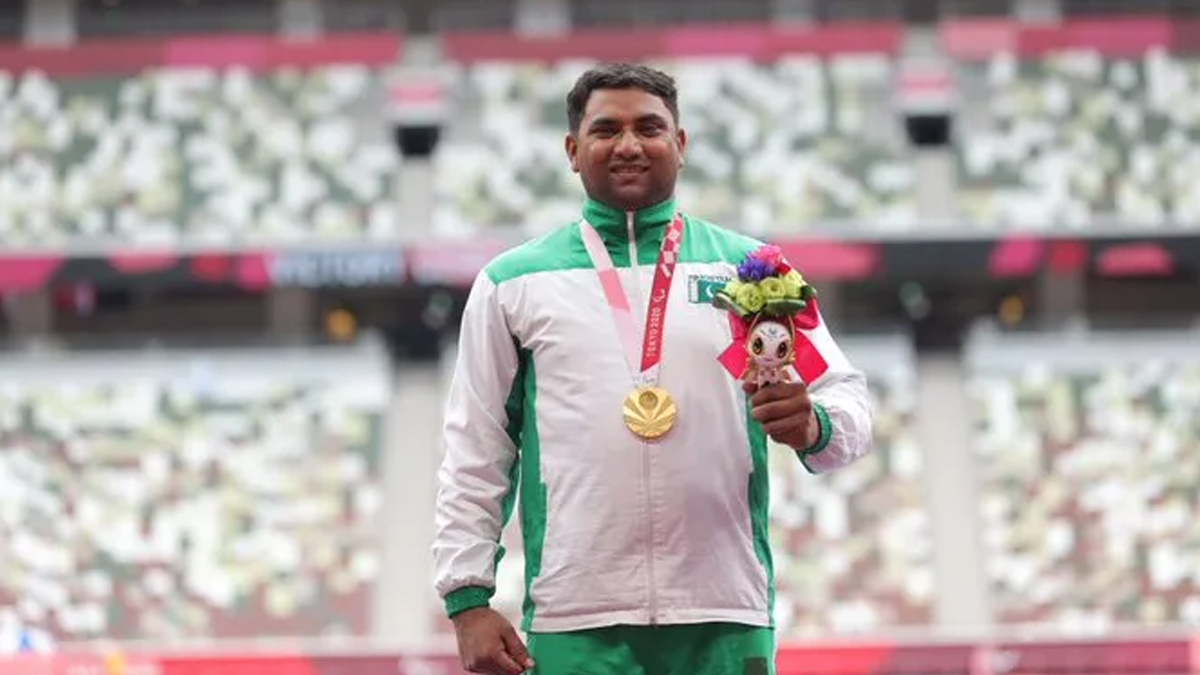 Haider Ali – the renowned discus thrower – has bagged the first-ever Gold medal for Pakistan in the ongoing Tokyo 2020 Paralympic Games.

Ali won the gold medal in the F37 final and scored his personal best of 55.26 meters.

His initial two throws were termed ineligible, almost costing him a spot in the competition as he was suffering from the rain and puddles.

However, with a throw of 47.84 meters – Ali nailed his third try. His next throw was a foul, but he followed it up with a gold-medal winning throw of 55.26 meters.

Ali was far ahead of the rest of the field, evident from the fact that the second-place finisher clocked in at 52.43 meters.

It merits a mention that Ali, respectively, won bronze and silver in Rio and Beijing. He, now, has set the tone for Pakistan in future Paralympics.

Speaking on the occasion of his win, the Paralympian said the gold medal would go miles in creating awareness and encouraging people to take up para-sports.

“I want to be a role model for people,” he said.

“The training was extremely disturbed. It was disturbed due to the facilities being closed due to the Covid-19 pandemic, and we missed the days to train. Those were very important days.”

“We, regardless of everything, kept going because we were in a bid to prepare for Tokyo.”

Ali said having no support from the government of Pakistan for the para-athletes’ travel to Tokyo had also caused him a lot of pain.

Huma Beg – the National Paralympic Committee (NPC) Media Director – had revealed that the tickets for the athletes were purchased a few days before their arrival in Tokyo.

Twitter flooded with celebratory messages as soon as the news of the first-ever gold broke out. The government of Pakistan – via its official Twitter handle – congratulated the Paralympian who made the country proud.