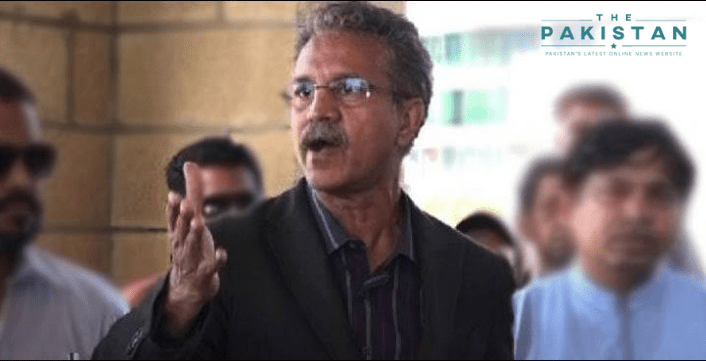 The Supreme Court on Monday asked the Karachi Mayor Waseem Akhtar to resign from his position if he has no authority or powers to do anything in the metropolitan city.

“Go home if you do not have authority; why are you sitting as a mayor?” asked the Chief Justice of Pakistan. “Go, leave the city be. The mayor Karachi seems to have a vendetta against the city, [even though] people voted for him so that he could do something for Karachi,” said the judge.
“The entire city is full of billboards,” said the bench while highlighting the video that showed a man riding a motorbike was hit by a board which flew away from the building. “Let us do an inquiry on the past five years to see who installed these billboards.”

To which, the representative police officials said the people involved in setting up faulty billboards at multiple venues are being looked for and will be arrested as soon as possible.

“There are so many billboards that airflow has been restricted. This is a violation of the law,” the chief justice added further. “Have they gone hiding in the sea? Don’t give lame statements before the court and go find them within half an hour,” the justice wondered.

Meanwhile, the court also lambasted the Sindh Government over its failure to contain the flooding situation in the province as the flooding and pooling of filth and rains across the city’s streets has wreaked havoc on the city.