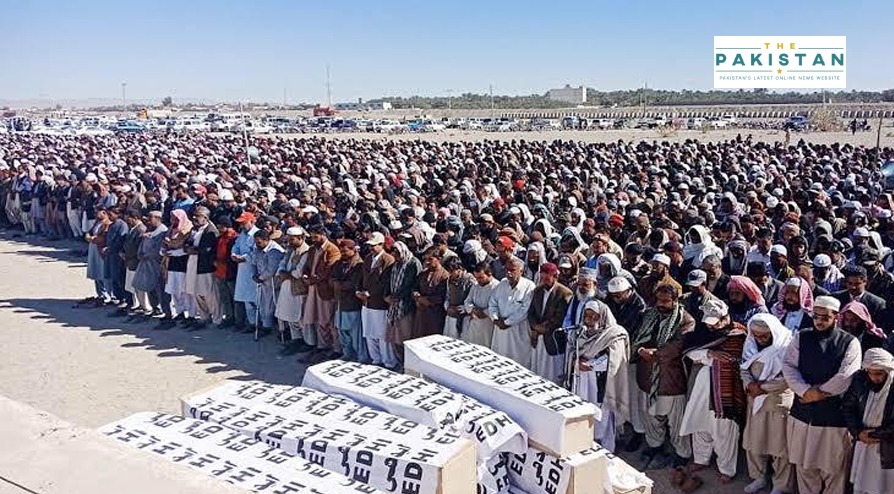 The funerals of 11 terror attack victims belonging to the Shia hazara sect are scheduled to be held today as the families of the victims had taken the bodies to the national highway leading to Quetta as a form of protest.

The dastardly attack was done in the Machh area of Balochistan where terrorists rounded up a group of Hazara men into the mountains away from the mines.

The miners were later handcuffed and then killed inside the rooms; 11 of whom were killed on the spot whereas four are in critical condition and have been taken to hospitals. The incident has shocked the country as news of sectarian or religion-based violence is reported on a daily basis.

Earlier, it was the attack on the hindu saint’s temple just last week which shocked the country.

After the attack on miners, the families of those killed by the terrorists brought the dead bodies onto the main highway demanding the government to get them justice.

“The condemnable killing of 11 innocent coal miners in Machh Balochistan is yet another cowardly inhumane act of terrorism. Have asked the Frontier Corps to use all resources to apprehend these killers and bring them to justice. The families of the victims will not be left abandoned by the government,” Prime Minister Imran Khan said in a tweet.

The country is becoming increasingly dangerous for the minorities as almost everyday a case of harassment or attack on the religious minorities is reported from almost all across the country.

Pakistan has repeatedly condemned India and its treatment of muslims minorities within the country but has failed to provide due protection to its own minorities inside of its own boundary.