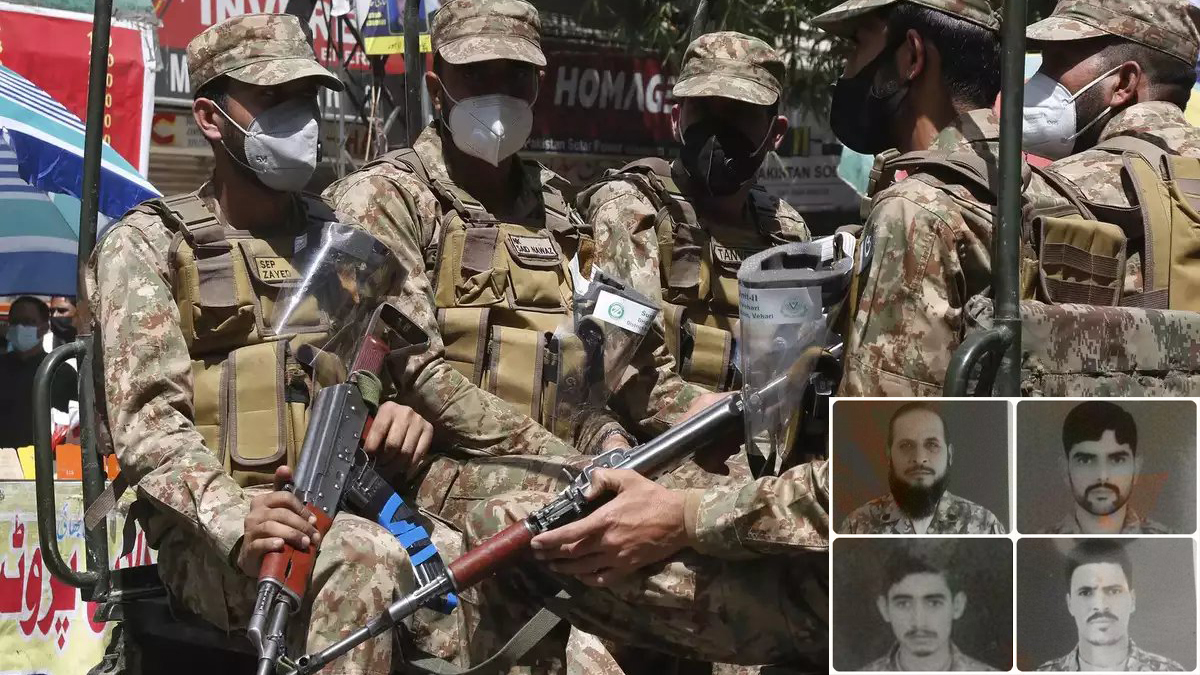 Four Pakistan Army soldiers, on Sunday, were martyred after a vehicle of the army’s quick reaction force plunged into a ravine in Azad Jammu and Kashmir’s Laswa area.

According to Inter-Services Public Relations (ISPR), a civil driver and three other soldiers suffered injuries in the unlucky incident.

The military’s media wing said the injured had been shifted to a nearby medical facility for “necessary care”.

Troops were stationed in AJK on a “Quick Reaction Force mode” from July 22 to July 26 as per Article 245 of the Constitution – ISPR, the military’s media wing had notified on Thursday.

“The Army has been asked by the AJK Election Commission to ensure a secure environment during AJK elections scheduled on July 25,” the statement issued by the ISPR read.

“The AJK police will be assisted by law enforcement agencies from other provinces and civil armed forces that includes Rangers and the FC will be employed for even and peaceful conduct of AJK elections”.

The troops aided the election commission in conducting the polls and helped the government in maintaining law and order by deployment of troops in and outside of the polling stations.