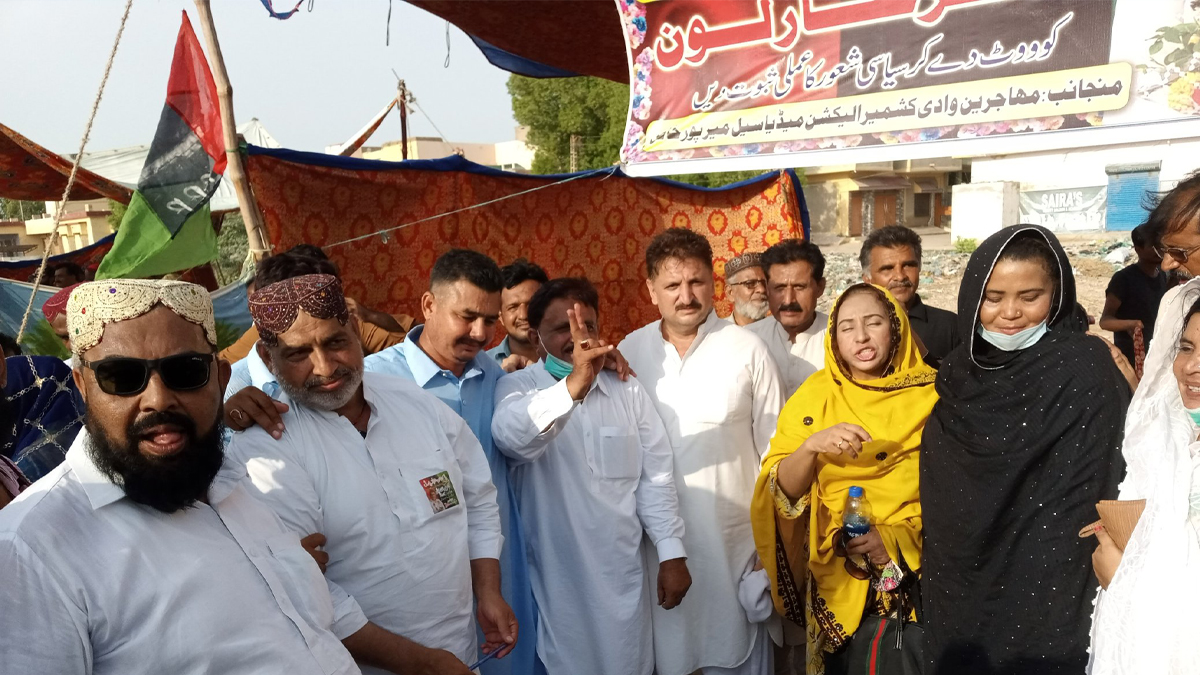 The seat is reserved for refugees of the occupied valley, those who are living in 24 districts of Balochistan and Sindh.

PPP-AJK candidate Amir Abdul Ghaffar Lone, according to unofficial results, won the election by garnering 2,165 votes against Saleem Butt of Pakistan Tehreek-i-Insaf-AJK. The latter got 875 votes and was followed by Pakistan Muslim League-Nawaz’s Tahir Ali Wani (442).

Seven candidates were contesting the election but the real contest was between the PPP and PTI.

Earlier, polling on two seats of the AJK Legislative Assembly —  LA-34 (Jammu-1) and LA-40 (Valley) — was held in Karachi from 8 am to 5 pm without any interval.

LA-34 comprises voters living in 48 districts of Balochistan, Sindh, and Punjab where the number of total registered voters is 17,761. Of this count, 1,027 voters were in Sindh, 16,188 voters were from Punjab, and 546 in Balochistan

The real contest in LA-34 Jammu was between PML-N’s Nasir Hussain Dar and PTI’s Chaudhry Riaz Ahmed. PSP’s Shah Abdul Latif Faisal, PPP’s Zahid Iqbal, and 10 others were also in the run.

As per unofficial results, the PTI candidate won the seat by achieving 4,559 votes against PML-N’s Dar who got 4,221 votes.