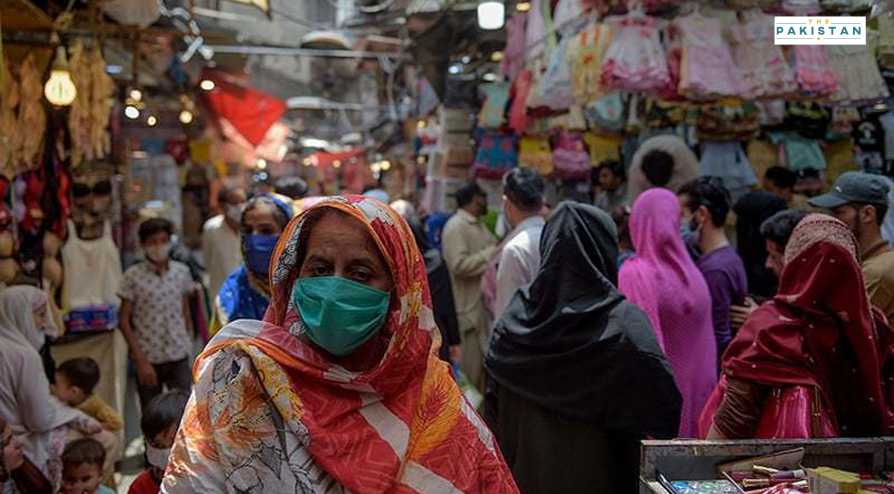 The government on Wednesday made the masks mandatory for the public in all public as well as private places after it said the second Covid-19 wave was beginning and would get worse in the next few months.

The announcement made by the National Command and Control Centre, led by the government’s top man on the Covid-19 Asad Umar, comes at a time when cases in Pakistan are on a rise and the country is grappling with another wave after successfully controlling it during the first wave.

Umar was flanked by  Special Assistant to the Prime Minister (SAPM) on Health Dr. Faisal Sultan who said that the daily cases are rising at an alarming pace.

A few weeks ago we were getting 400 to 500 cases per day, but now it has increased to 700 to 750 cases. Moreover, the mortality rate has also increased. Another ratio which is considered is percentage positivity — the number of positive cases in samples of 100 — that remained less than two percent, but now it has reached close to 3pc, said Sultan.

Meanwhile, the latest data shows that the weekly increase in the Coronavirus cases has now risen to 28.5 percent with total confirmed cases at 330,200 and recoveries at around 311,000.

Pakistan must contain the pandemic before it gets worse in the second wave as any more lockdowns would lead to an increase in poverty and joblessness.

On the other hand, the slight rebound witnessed in the consumer activity seen during the last two months will also be undone as the government will have no choice but to enforce lockdowns thereby curtailing the economic activity.

The country is already on its way to record lowest GDP growth as projections by the International Monetary Fund and World Bank show, but another lockdown could worsen the crisis and plunge the economy into a recession.