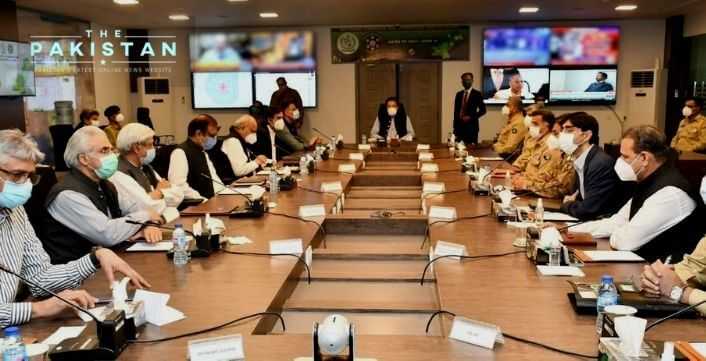 The National Command and Operation Centre has said that the Covid positivity rate and raised alarm bells before warning that the government will have no choice but to shut down services if a similar trend continues over the next few weeks.

It was also noted that Muzaffarabad, Hyderabad, Karachi, and Gilgit-Baltistan have a higher positivity ratio along with other areas across the country, said the NCOC in its warning call.

The officials said that hospital admissions were also on a rise especially in Punjab. Punjab health officials informed the center that the number of critical patients at hospitals across the province.

Meanwhile, Punjab chief secretary while sharing the data with the NCOC said that “the death ratio in Punjab was 1.6 on September 1 and has now gone up to six. Meanwhile, the province’s positivity ratio has increased from 0.92 to 1.33,” the statement said.

Independent analysis showed that Pakistan’s fatality rate stands at 2.06 percent compared to 2.72pc around the world.

The NCOC warnings come a day after the government hinted at shutting down services across the country as it said that the people were not following the strict operating procedures including wearing masks, washing hands, or social distancing.

The government had been containing the Covid-19 in the country but that is at risk of being undone as the infections have risen over the last few weeks.

Planning Minister and government’s focal person on Covid-19 Asad Umar had urged all country-men to ensure that they abide by the strict SOPs so that the economy can continue to run the way it should and the number of deaths can be reduced.