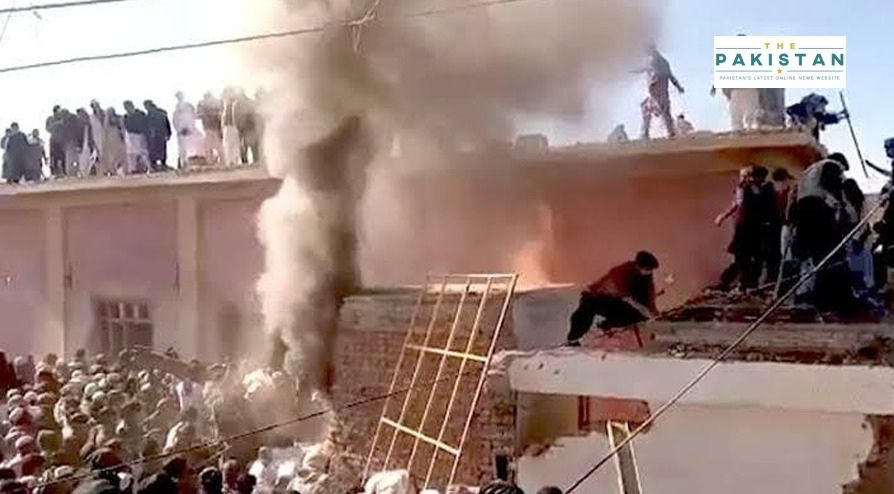 An extremist mob vandalised and subsequently burned down a Hindu temple in Karak, Khyber Pakhtunkhwa.

The temple was a shrine of one of the hindu saints in the area.

The local residents said that more than a thousand people led by some local elders of a religious party held a protest and demanded a withdrawal of the Hindu religious place from the area.

The incident has since shocked the entire country as the police and the officials were nowhere to be seen and the country’s political representatives are yet to denounce the incident, media reports showed.

Worshippers in the area claimed that the protestors had earlier warned about the protest in advance and had shared the details of the protest but the police and the government officials did not take any notice of the incident. Meanwhile, hundreds of protestors who took part in the protest also posted images and videos of the attack on social media as they celebrated the removal of a Hindu shrine from their area.

The police while confirming the news of the attack said that the mob had surely attacked the area and turned it into a security threat for the area.

The police further informed the media that the mob was instigated after the locals were informed that one of the operators of the temple had taken illegal occupation of the nearby plot and had been constructing a house on it.

The country has become a very difficult place for minorities in the country as almost everyday attack is reported on them by the media.