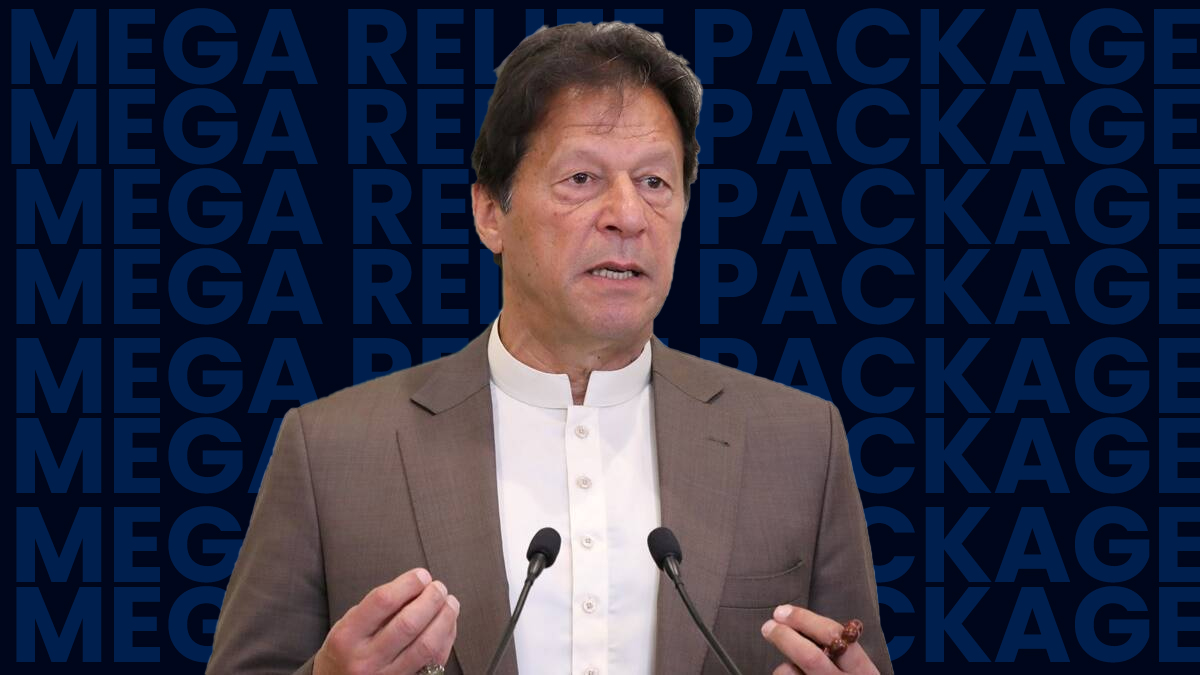 On Monday, Prime Minister Imran Khan announced a slash in the prices of petroleum products by Rs10 per litre.

Moreover, a cut in electricity tariff of Rs5 per unit was also announced to bring some relief to the public.

The premier addressed the nation on Monday evening to apprise the masses about Pakistan’s economic situation.

PM Khan spoke at length about his government’s performance and the global challenges amid the Russian invasion of Ukraine.

The premier promised no increase in electricity petrol prices until the next budget.

Furthermore, PM Khan announced Tax exemption for IT companies and freelancers, giving them foreign exchange exemption. He said he would increase the Ehsaas stipend to Rs14,000 from Rs12,000.

Imran Khan’s announcements are seen as a clear deviation from the IMF’s bailout package, wherein the PTI-government agreed to increase tax rates on petroleum products. The Khan-led federal government has consistently spiked power tariff after it entered the IMF program.

PM Khan’s address to the nation came when the opposition parties have mounted a lot of pressure on his government by threatening a no-confidence motion. There are several speculations that members of the ruling Pakistan Tehreek-e-Insaf (PTI) are ready to jump from its ship.

Political pundits say that popular measures are taken to neutralize the opposition parties and their no-confidence move.

In his address, PM Khan also announced subsidies, tax exemptions, amnesty for the industrial sector, making it clear that his government was ensuring all steps for making “independent foreign policy”.

Surprisingly, the PM did not spend much time speaking about the Opposition’s plan for a no-confidence motion. He only asked the Opposition to come up with a solution to finish the ongoing inflation instead of criticising the government.

The PM also defended the amendments to the Pakistan Electronic Crimes Act, saying the changes were not aimed at curbing media freedom.