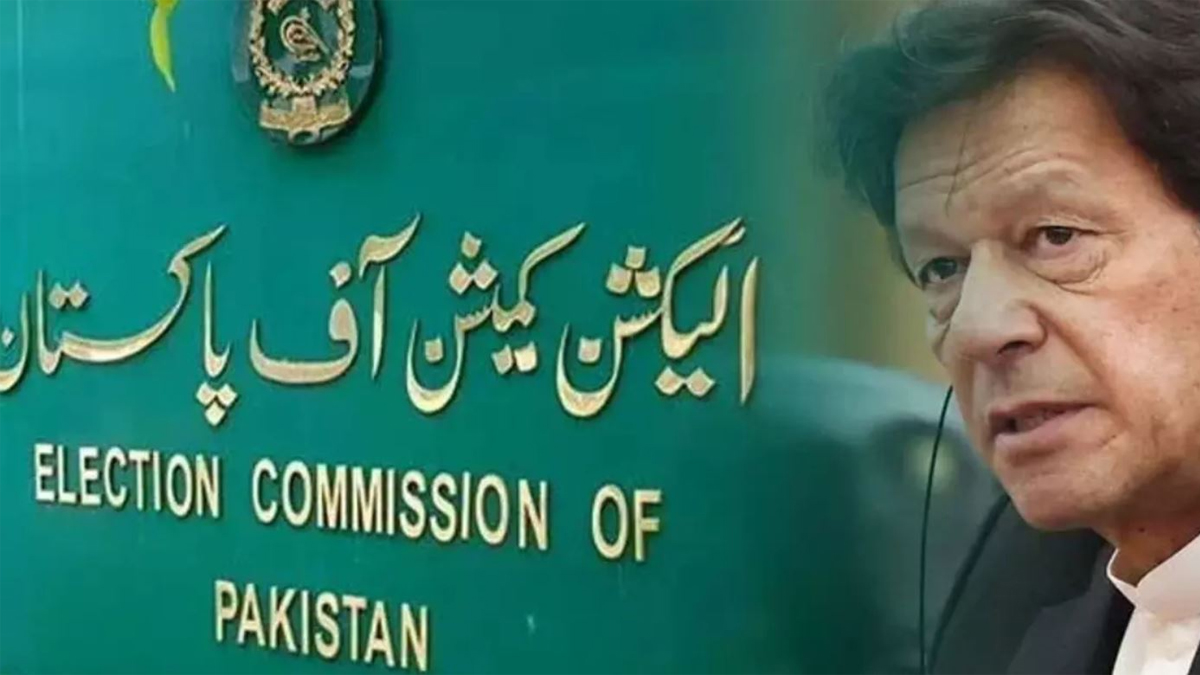 The Pakistan Tehreek-i-Insaf (PTI) was granted a “last chance” by the Election Commission of Pakistan (ECP) earlier this month to respond to the commission’s show cause notice in the illegal funding matter. The hearing will resume on Monday (today).

After the ECP decided on August 2 that PTI had received funds from “prohibited sources,” the notice was published last month.

The order listed numerous sources of millions of dollars, including offshore firms and foreign nationals, as well as evidence of suspected account concealment on the part of the PTI leadership, including Imran Khan, the party’s chairman. The warning was given because the Political Parties Order of 2002 mandated that a “show cause notice” be given to any party suspected of receiving unlawful funding before taking punitive action against that party.

PTI has frequently asked for extra time to submit its response since the “show cause notice” was issued.

September 19 was established as the deadline for submitting PTI’s reply and for adjourning the hearing of their arguments at the prior hearing.

After the show cause notice’s proceedings are finished, the ECP will decide whether to seize foreign or prohibited funds and/or take action against Mr. Khan for filing false certifications, which may include disqualifying him.

While the notice is being heard and is anticipated to be concluded this month, the FIA is moving swiftly to investigate his party’s accounts in light of the ECP findings.

A number of PTI figures were sent notices under Section 160 of the Criminal Procedure Code and other pertinent statutes after being accused of running fake/Benami accounts that were mentioned by PTI Chairman Imran Khan in his written submission before the ECP on March 14, 2022. Former governors Shah Farman and Imran Ismail, former National Assembly speakers Asad Qaiser and Qasim Suri, Dr. Seema Zia, and Mian Mehmoodur Rasheed are a few of the PTI leaders.

Statements from those who managed the PTI’s “secret accounts” are being recorded.

According to investigations, the PTI leader took Rs 8 million (Rs 4 million each time) from a PTI account in a bank’s Islamabad branch during the month of March 2013. Evidence also showed that Mr. Suri took Rs2.1 million out of PTI’s account at a different bank’s Quetta office over the course of six transactions.

Investigations are being conducted on nine additional PTI leaders who made sizable withdrawals from these accounts; however, their names have not been made public. A bank in Karachi’s Zamzama branch wired Rs1.5 million to the PTI secretary general’s account on July 23, 2013.

How to Save Electricity in Pakistan