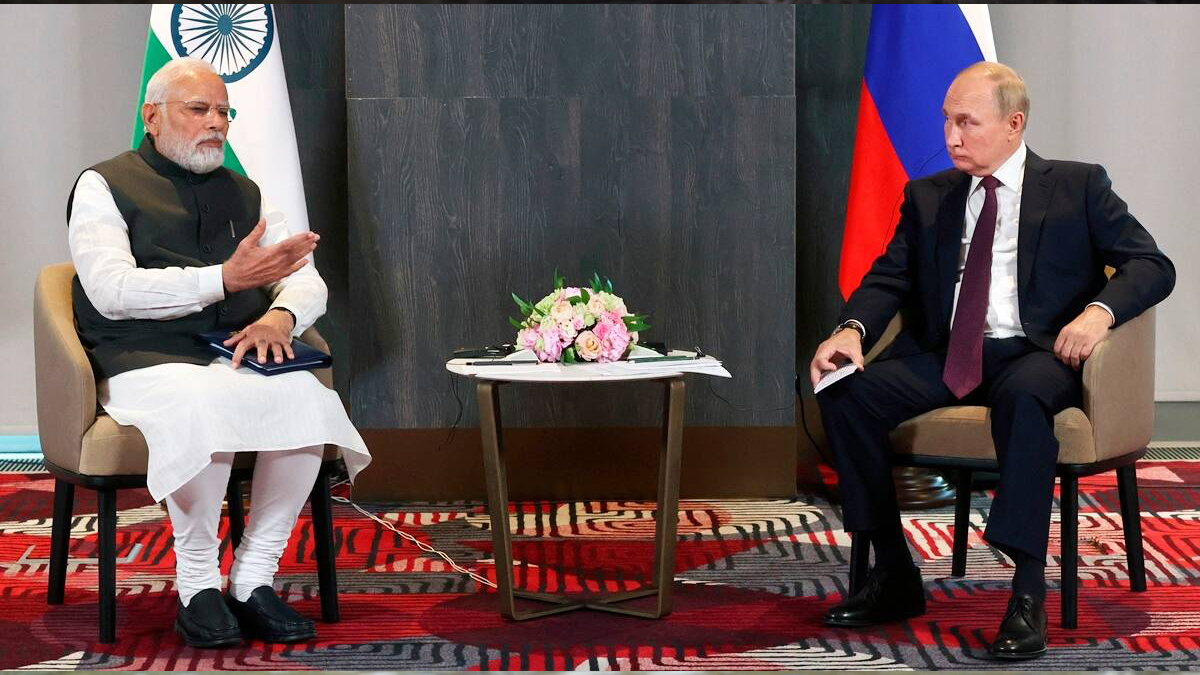 ‘Time Not Right For War’

On Friday, Indian Prime Minister Narendra Modi informed Russian President Vladimir Putin that the time was not right for any sort of war.

Putin has said on numerous occasions that Russia is not alone since it can look east to powerful Asian nations like China and India.

The crisis in Ukraine has been going on for about seven months. However, at the Shanghai Cooperation Organization (SCO) summit, worries became public.

During their broadcast encounter in Samarkand, Modi said Putin, “I know that the age we live in is not one of conflict, and I have spoken to you on the phone about this.”

Russia’s head of state since 1999 pursed his lips as Modi made the statement, gave him a quick glance, turned away, and then touched the hair on the back of his head.

Putin assured Modi that he was aware of his concerns about Ukraine but that Moscow was making every effort to put a stop to the fighting.

“I am aware of your viewpoint on the conflict in Ukraine and the worries you frequently voice, Putin stated. We will halt this as quickly as we can,” was the pledge.

He said that Ukraine had withdrawn from talks. Ukraine has declared that it will fight until all Russian forces are removed from its territory. Volodymyr Zelenskiy, the president of Ukraine, says he will never accept a “peace” that permits Russia to retain Ukrainian territory.

As other countries reduced imports in the wake of the invasion, China has been replaced by India as Russia’s No. 2 oil buyer.