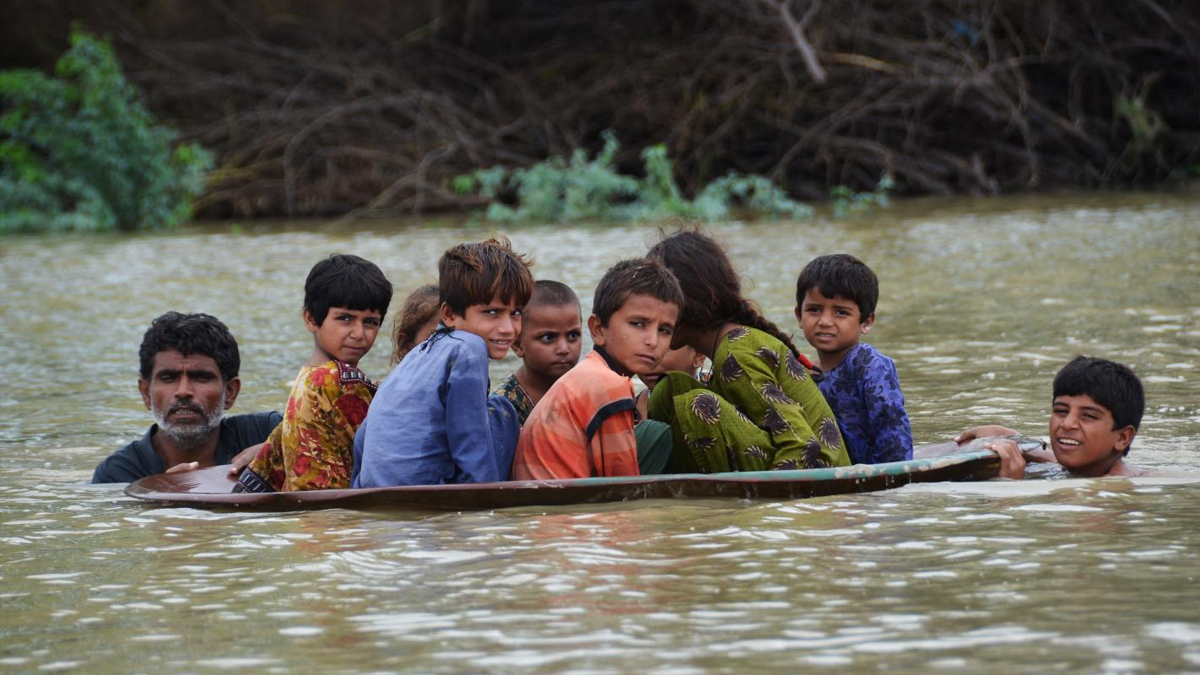 According to the representative of UNICEF in Pakistan, at least 3.4 million girls and boys still require immediate, life-saving assistance, and an estimated 16 million children have been affected by the “mega floods.”

Abdullah Fadil, who recently returned from a two-day trip to Sindh’s flood-affected areas, said in a statement released here on Friday that the situation there was exceedingly dire, with hungry youngsters suffering from diarrhoea, dengue fever, and a number of excruciating skin illnesses.

At least 528 children have now died as a result of floods, according to Mr. Fadil, and each and every one of these tragedies could have been avoided.

International aid continues to trickle in as the scope of the flood disaster worsens. On Friday, the Japanese government announced US$7 million for the flood-affected residents, while the Canadian government pledged $3 million.

The Unicef spokesperson stated, “The sad reality is that without a substantial increase in support and aid, many more children will lose their lives.

“Many of the mothers have kids that are extremely underweight because they themselves are anaemic and malnourished. Mothers are unable to breastfeed because they are weak or unwell. As temperatures in certain locations reach 40 degrees Celsius, millions of families have been evicted from their houses and are now living in rags to shelter themselves from the blazing sun. As lower land is flooded in vast stretches of stagnant water that extend as far as the eye can see, many families have been forced to seek shelter on little patches of higher ground, often alongside roadways that put children in danger. In the area, there are also constant hazards from snakes, scorpions, and mosquitoes,” according to Mr. Fadil.

While the number of kids who have perished in these floods keeps rising, he continued, “Unicef is doing everything it can to support the children and families affected and protect them from the ongoing threats of water-borne infections, malnutrition, and other concerns.”

How to Save Electricity in Pakistan