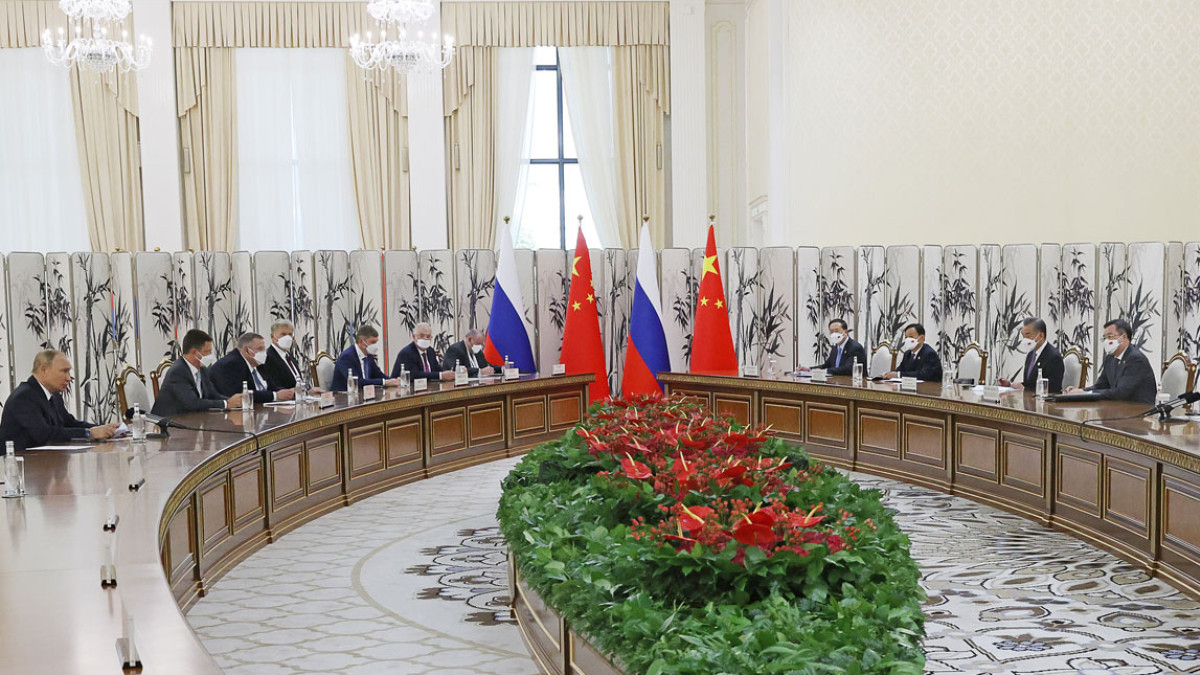 In defiance of the West, Chinese President Xi Jinping and Russian President Vladimir Putin held their first face-to-face meeting since the outbreak of the conflict in Ukraine on Thursday.

The two leaders met in former Soviet Uzbekistan on the margins of a summit of the Shanghai Cooperation Organization (SCO), sitting across from one another at two long round tables and accompanied by aides.

The encounter gave Putin the opportunity to demonstrate that, despite Western attempts, Russia has not been completely isolated as part of Xi’s first travel outside since the early days of the outbreak.

China is Ready to Work with Russia

At the meeting, Xi said to Putin, “China is ready to work with Russia to play the role of major powers and play a leading role to infuse stability and good energy into a world shaken by social unrest.”

Xi was also quoted by CCTV as adding that China was ready to cooperate with Russia to advance “each other’s vital interests”.

US Gets Targeted By Putin

The United States, which has been driving measures to support Ukraine and impose sanctions on Russia, was explicitly targeted by Putin.

The attempt to establish a unipolar world “has recently taken on an incredibly nasty aspect and is wholly unacceptable,” added Putin.

Putin said Xi, emphasising Moscow’s support for China on Taiwan, “We highly appreciate the balanced approach of our Chinese partners in connection with the Ukrainian problem.”

“We uphold the idea of a single China. After a US Senate committee approved the first step toward Washington directly handing billions of dollars in military aid to Taiwan on Wednesday,” Putin stated. “We condemn the provocation of the US and their satellites in the Taiwan Strait.”

It was their first encounter in person since Putin and Xi met at the Winter Olympics in early February, just days before the Russian president began his military attack in Ukraine.

The SCO summit in Samarkand, an old Silk Road city, has been hailed by the Kremlin as evidence that there is an “alternative” to Western-dominated international organisations.

The Shanghai Cooperation Organization (SCO), which was founded in 2001 as a political, economic, and security organisation to compete with Western institutions, is made up of China, India, Pakistan, Russia, and the former Soviet Central Asian states of Kazakhstan, Kyrgyzstan, Tajikistan, and Uzbekistan.

Along with the presidents of Turkey, Belarus, and Iran, as well as Iranian President Ebrahim Raisi, Turkish President Recep Tayyip Erdogan, and the United States, were all expected to participate.

Earlier on Thursday, Putin met with the presidents of Turkmenistan and Kyrgyzstan, as well as Raisi and the prime minister of Pakistan, Shehbaz Sharif.