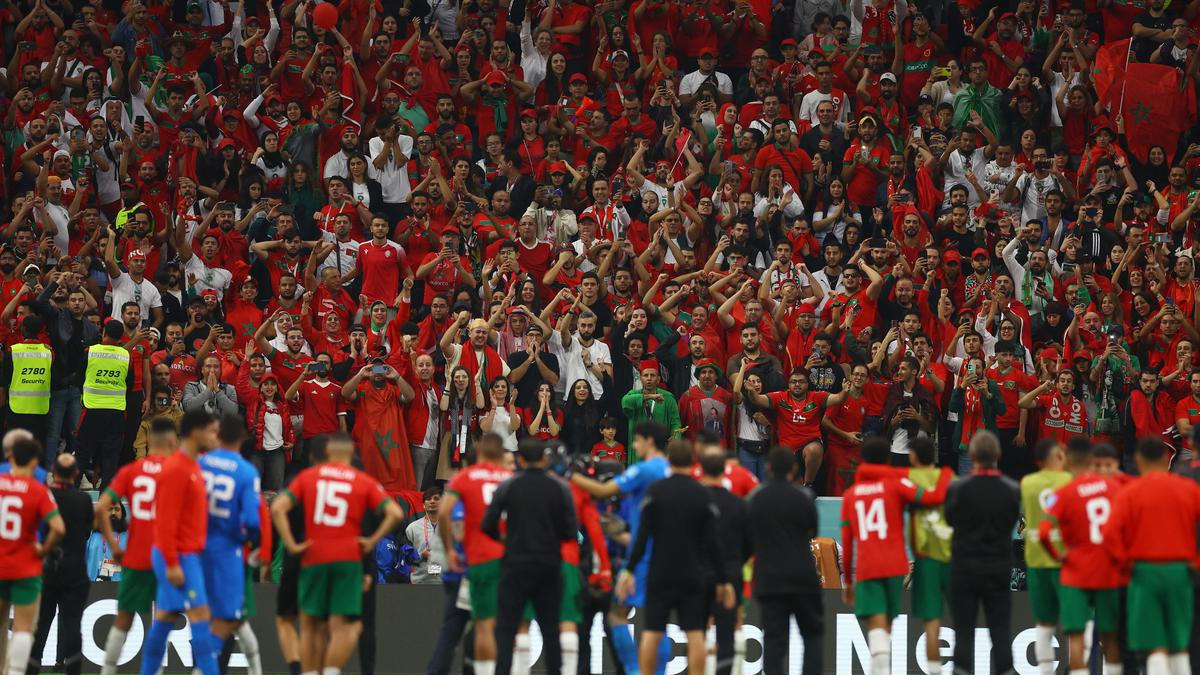 Even though their squad narrowly missed making it to the World Cup final, Moroccans celebrated their team’s historic journey on Wednesday even though it came to an end with a 2-0 loss to the reigning champions France.

“The luck wasn’t on our side, but they played a terrific game,” said a fan in Casablanca.

“Nevertheless, it was excellent that we challenged the title-holders.

Beyond the World Cup

“I raise my hat to this team merely for making us dream till the very end, beyond the World Cup.”

But the 2-0 loss against France was too much for Hakim Salama.

“We passed up the chance of a century,” he said.

The Lions of the Atlas, the first Arab or African team to ever reach the World Cup final, were in danger of losing on Wednesday night as rain battered the Moroccan capital Rabat and the excitement of their historic triumphs was far from the air.

The drummers and automobile horns were muffled this time.

The national team has been working miracles ever since the World Cup began, said Rachid Sabbiq, a street vendor in Casablanca’s lower-class Derb Sultan neighbourhood, prior to the game.

No matter the outcome, he continued, “they have earned the respect and affection of all Moroccans, and that is precious.”

Sabbiq had switched from selling Moroccan flags to his customary menu of sweets.

Despite the defeat, King Mohammed VI extended “warm congratulations” for “honouring the Moroccan people,” according to the national news agency of the nation, MAP.

Following the game, the king called French President Emmanuel Macron to congratulate him, according to the news agency.

Derb Sultan, one of Casablanca’s oldest neighbourhoods, served as a stronghold of defiance against colonial authority while the North African monarchy was a French protectorate from 1912 until 1956.

It also gave origin to Raja de Casablanca, one of Morocco’s best clubs, and is the hometown of renowned striker Mohamed Jarir (commonly known as “Houmane”), who became the first Moroccan to ever score in a World Cup in 1970.

Teenager Mohamed Nadifi, whose favourite player is winger Sofiane Boufal, said: “In our neighbourhood, we adore football, so of course the national team’s triumphs make us dream.”

Shops have started selling team jerseys and flags all around Morocco.

Economic Circumstances for Many Moroccans

Despite difficult economic circumstances for many Moroccans, trader Khalid Alaoui remarked, “Not only have the Lions made us happy, but they also allowed us to get commerce going again.”

To buy jerseys for her four nephews, Touria Matrougui braved the bitter cold and pouring rain.

We can never express our gratitude to them sufficiently for the way they carried the Moroccan flag high.