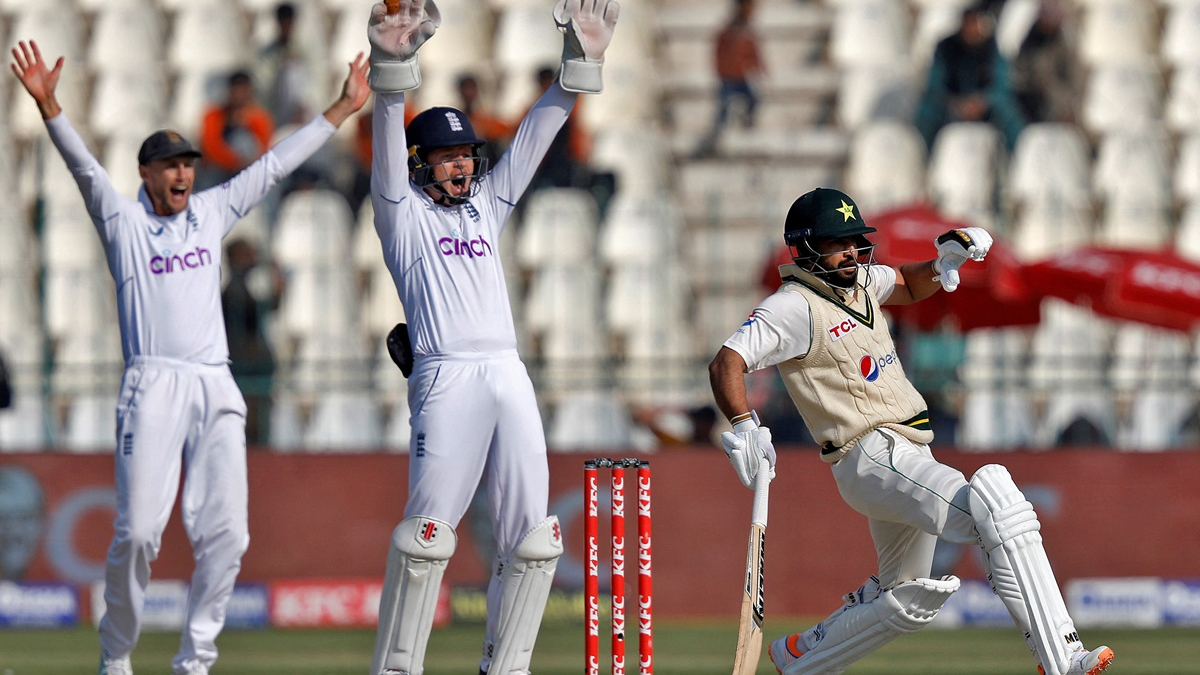 The International Cricket Council (ICC) on Tuesday judged the surface for the first Test between Pakistan and England as “below ordinary,” and as a result, Rawalpindi Cricket Stadium was assessed one demerit point.

“The surface was extremely flat and provided almost no help to any kind of bowler.” According to Andy Pycroft, a member of the governing body’s top team of match referees, “it was the fundamental reason why batters scored very quickly and both sides achieved enormous totals.”

The playing surface barely changed throughout the game. According to ICC standards, “I considered the pitch to be ‘below average’ because there wasn’t much to be had for the bowlers.”

Ramiz Raja, the chairman of the Pakistan Cricket Board, had called the field “embarrassing” and that it was “not a good advert for cricket.”

After the surface used for the first Test match between Pakistan and Australia in March was similarly deemed to be “below ordinary,” it was the venue’s second demerit point. A draw occurred in that game.