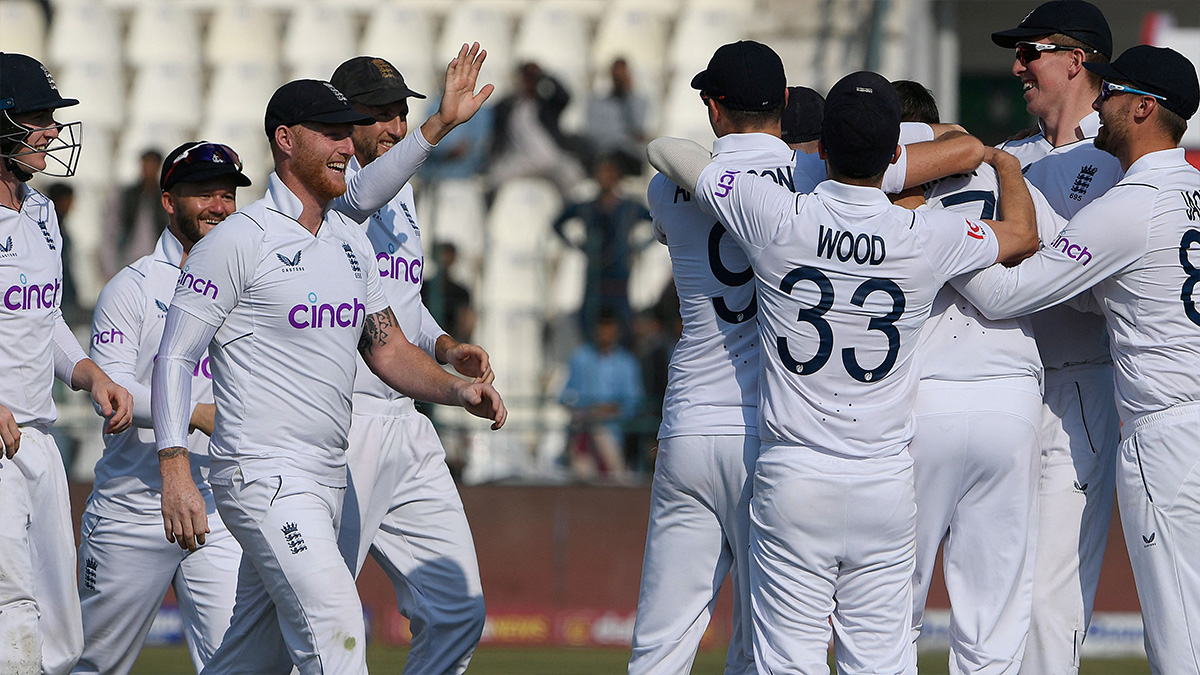 England won the second Test by a narrow margin of 26 runs on Monday in Multan thanks to four Pakistan wickets taken by Mark Wood, giving them a commanding 2-0 series lead after two games.

After lunch, Pakistan was bowled for 328 after being assigned a difficult 355-run total. The quick bowler finished with 4-65.

Mohammad Nawaz (45) and Saud Shakeel (94) were both dismissed by Wood in the space of just 12 balls and one run, turning the contest in England’s favour after Wood missed England’s 74-run victory in the first Test in Rawalpindi due to a hip injury.

After lunch, when Pakistan had slipped to 291-7, Agha Salman (20 not out) and Abrar Ahmed (17) made an unexpected effort to win the match and salvage the series.

However, James Anderson successfully caught Ahmed, Wood eliminated Zahid Mahmood without a point, and Ollie Robinson concluded the game by taking out Mohammad Ali at position eleven for nought, leading to celebrations in the England camp.

Anderson and Robinson, both, claimed two wickets each.

The most important wickets for England were those of Shakeel and Nawaz.

In his 314-minute innings, Shakeel, who had eight fours, scored 80 runs with Nawaz as England struggled to get wickets on a Multan field that slowed down significantly as the game went on.

Before lunch, captain Ben Stokes made a last-ditch effort to get Wood in, and he was immediately rewarded with Nawaz being caught by wicketkeeper Ollie Pope.

Pope made a diving catch to his left after Wood forced Shakeel to play a draw off a short ball that caught his glove in his subsequent over.

Pakistan resumed play on 198-4 after losing Faheem Ashraf for 10 in the sixth over of the day, caught at slip to give spinner Joe Root his 50th victim.