COVID-19: Schools to be closed in several cities from March 15 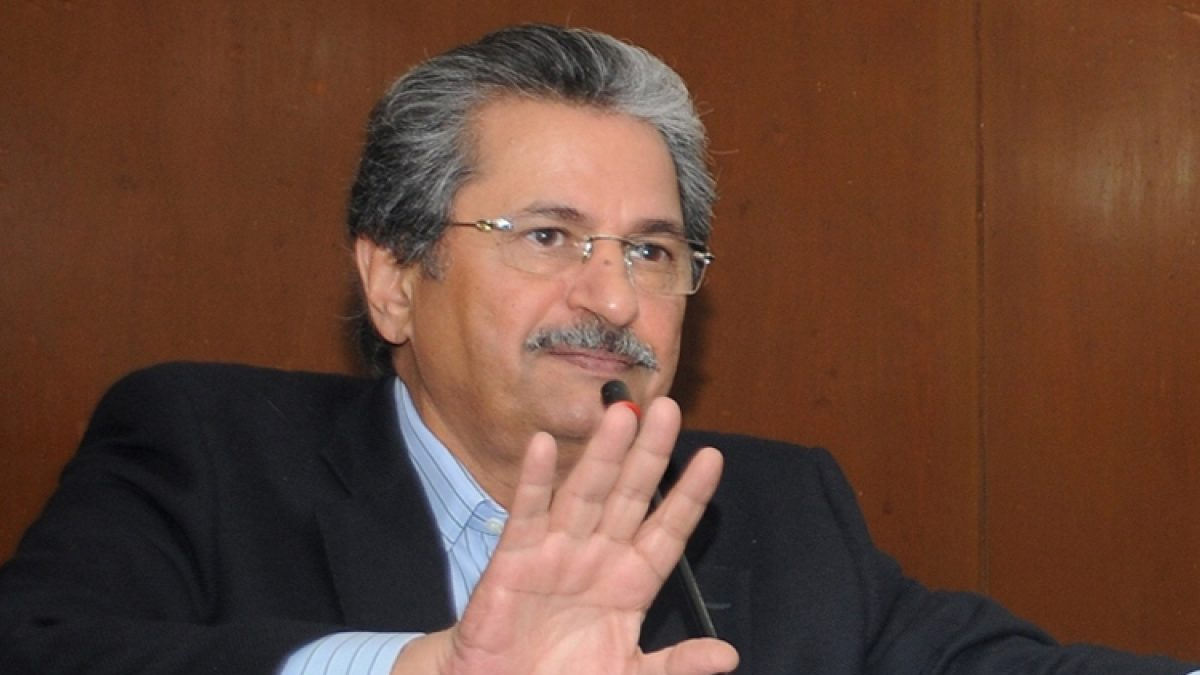 Amid an unprecedented surge in COVID-19 infections, Federal Minister for Education Shafqat Mehmood Wednesday announced that educational institutions in various cities will be closed down for two weeks with effect from March 15. Addressing a press conference, the minister said that the National Command and Operations Centre (NCOC) today reviewed the Coronavirus situation across educational institutions, following which the decision was taken. He was accompanied by the Special Assistant to the Prime Minister on Health, Dr Faisal Sultan, during the briefing.

Mehmood stated that schools and educational institutions will be closed in Islamabad, Muzaffarabad, Peshawar and seven cities of Punjab, including Lahore, Faisalabad, Gujranwala, Gujarat, Multan, Sialkot and Rawalpindi.

“All educational institutions will remain closed from March 15 to March 28 in specified cities and districts. Half of the students will keep attending classes in other districts,” the education minister announced.

In addition, Dr Faisal Sultan said that the NCOC has decided to extend the ban on indoor activities and reimpose the 50% work-from-home policy with the aim of curbing the spread of the virus. Among other revised measures, the time limit of 10 pm on all commercial activities has also been reinforced with immediate effect. The officials further affirmed that the NCOC will further review the situation on April 12.

During the meeting of education ministers of all provinces in Pakistan, the federal minister underlined that the situation is quite normal in Sindh and Balochistan. Therefore, the authorities have decided to allow 50% of students’ capacity in schools in the regions in compliance with social distancing measures and mandatory wearing of face masks. He also noted that O level, A level and other examinations will be held according to the scheduled in the country. Meanwhile, exams for grades 10, 11 and 12 are scheduled to take place in May-June this year.

In line with the ongoing efforts to combat the pandemic, the Federal Minister has called on all schools and educational institutions to strictly monitor the Coronavirus situation in their premises and reach out to relevant authorities if needed. All educational institutions across Pakistan were allowed to reopen from March 1 with regular 5-day classes. However, taking note of the increasing Coronavirus positivity ratio in the first week of March, NCOC decided to review the easing of pandemic-related restrictions.

What you need to know about the new WhatsApp feature that may solve unarchiving of texts without warning?