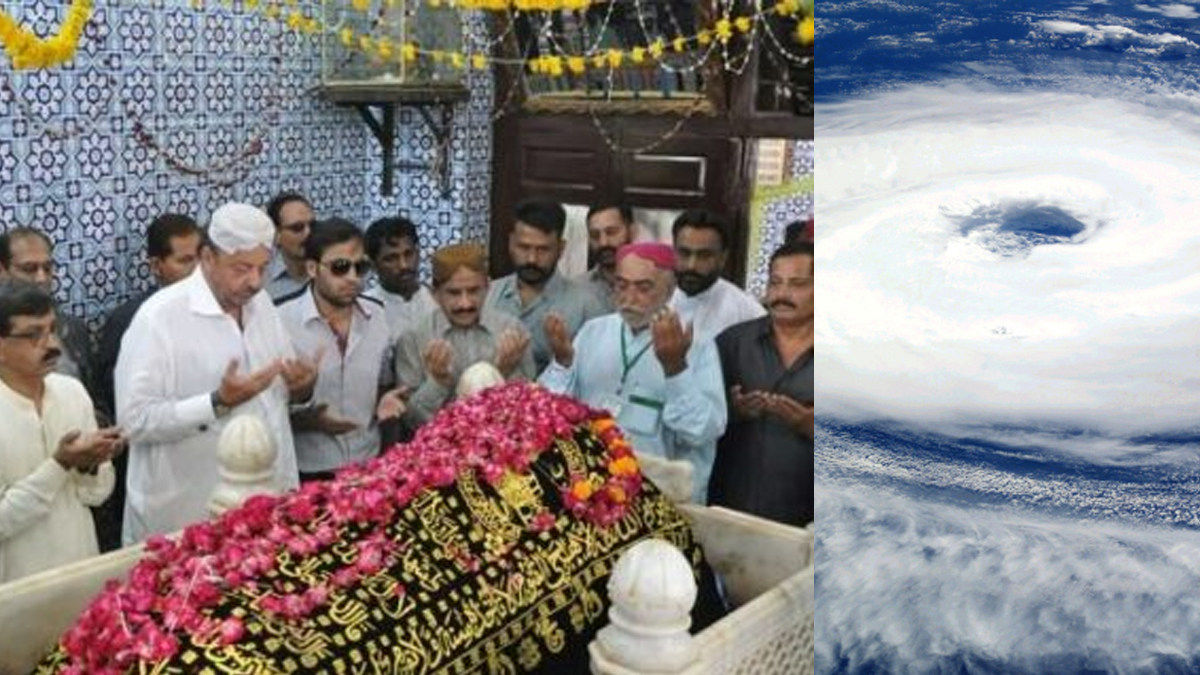 The Pakistan Meteorological Department (PMD) announced, on Friday, that the deep depression above the northeast Arabian sea had turned into a cyclonic storm — Shaheen.

Furthermore, the system is all set to move west-southwestwards towards Makran.

Coming with its latest update, the department said the storm was at an approximate distance of 280km southwest of Karachi, 470km southwest of Gwadar, and 230km from Ormara. The estimated maximum surface wind is 65- 85km/hour, and sea conditions around the system centre are very rough.

Because of the influence of the system, wind-thunderstorms with scattered heavy falls are likely in Lasbela, Awaran, Kech, Khuzdar, Gwadar, Kalat and Panjgur districts of Balochistan till October 3 (Sunday).

With the first cyclone Gulab and now cyclone Shaheen coming up, Karachiites are pinning their hopes again on Sufi saint Abdullah Shah Ghazi.

This is one of Karachi’s oldest urban myths. If you’re a Karachiite or you know a Karachiite, you better understand that the late Abdullah Shah Ghazi and his shrine in Clifton protects the city from cyclones. On Thursday, many Karachiites took to Twitter to thank Ghazi for making sure the city was cyclone free.

Karachiites fear that cyclone Gulab is gathering steam in the northeastern Arabian Sea. And if the Met Office is to be believed – these days it hits the bull’s eye with most of its predictions – then from today (Thursday) to Saturday, Sindh will experience intense stormy weather.

Karachiites also fear because even a 10-minute heavy downpour causes the streets and roads of the megapolis to look like the floating city of Venice – here, however, the water is more turbid and smelly.