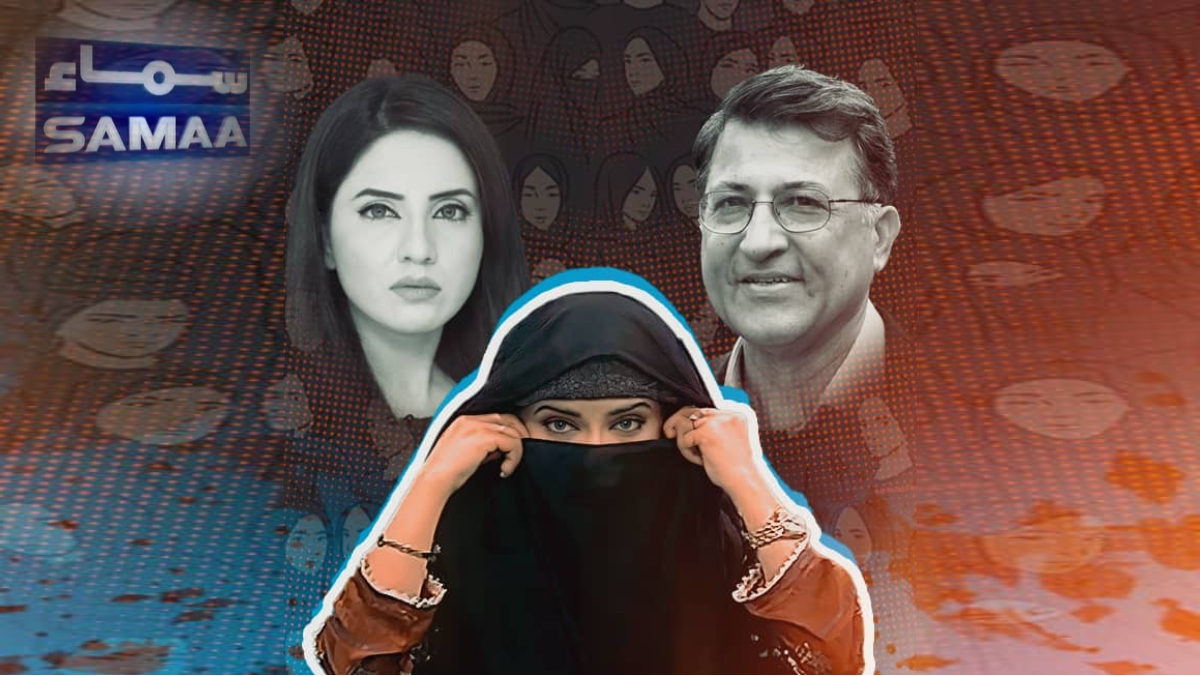 SAMAA TV anchor Kiran Naz has become the centre of attention with a Hijab stint in a live show.

The famous anchor donned a full hijab in a segment of her show to prove a point that hijab doesn’t hinder women participation in any field of life nor renders them “abnormal.”

She came with this stint to answer Professor Pervez Hoodbhoy as the latter had claimed that women at Pakistani educational institutes are not “normal” anymore because they wear a hijab.

“You rarely see a normal girl these days. Most of them cover themselves up in a veil,” he said.

Naz began her show without a face covering and recalled how Hoodbhoy, a scientist and mathematician, had served Pakistan by spending four decades teaching at the Quaid-e-Azam University – Islamabad.

It merits a mention that Hoodbhoy has often come under criticism for his ‘too secular’ statements. This time, his comment on women resorting to covering their faces with a hijab has caused an uproar in the entire country.

The professor said that when burka-clad women sit in classrooms, they barely participate in the class activities. “You, as a teacher, don’t know whether they are even present in the classroom or not,” he said.

Naz said that she did not know what Hoodbhoy exactly meant, but she believes the hijab is part of the Islamic culture prevalent in Pakistan, and she is proud of it.

“I personally don’t wear hijab, but I cannot label hijab-wearing women as abnormal,” she said.

Naz announced that she would host the remainder of the show in a full hijab.

“Hijab wearing women are normal as those not wearing hijab,” she said.

Kiran Naz said her thoughts or words would not change because of the hijab that she had just put on.