COAS Presented Order Of The Union By UAE President 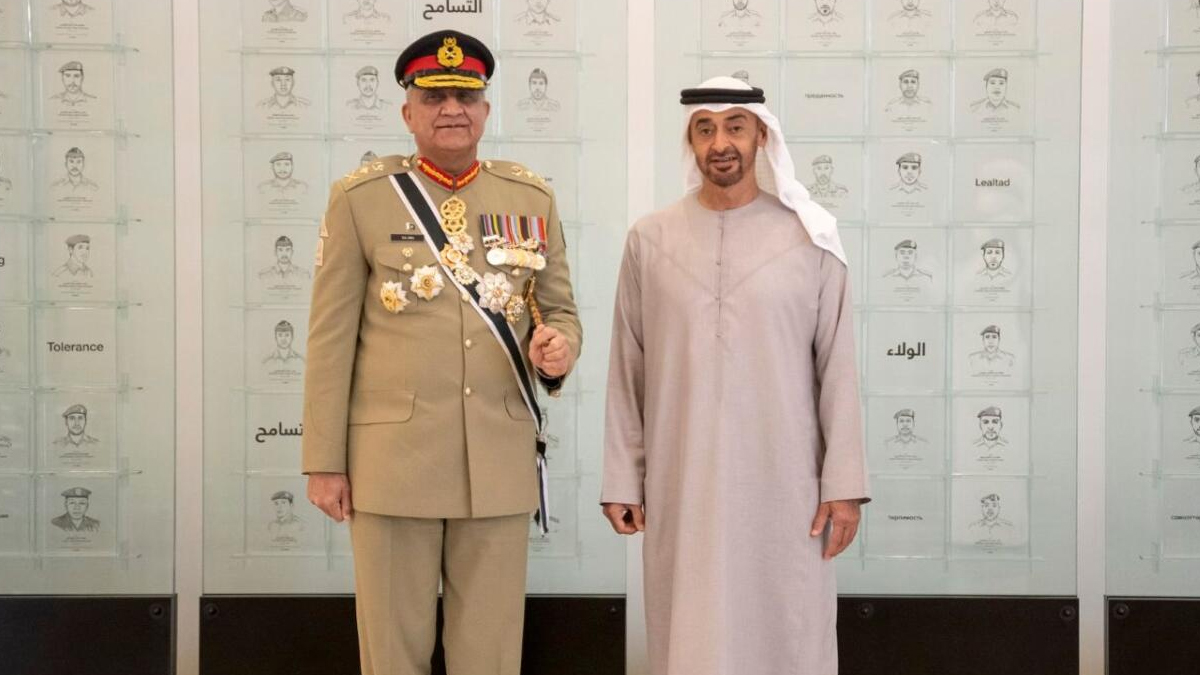 President of the United Arab Emirates (UAE) Sheikh Mohammed bin Zayed Al Nahyan has awarded Gen Qamar Javed Bajwa the Order of the Union medal “in recognition of his significant contributions to the promotion of bilateral ties,” the military’s media affairs wing said on Wednesday.

According to the UAE-based Khaleej Times, the medal is the UAE’s second highest honour bestowed on senior officials from friendly countries.

According to an Inter-Services Public Relations (ISPR) statement, the army chief, who is on a visit to the UAE, met with the Emirati president and discussed matters of mutual interest, bilateral defence and security cooperation, and the Middle East’s regional security situation.

“The leaders agreed that Pakistan and the UAE have a long history of cordial relations and a deep-rooted spirit of brotherhood that is transforming into an enduring partnership,” according to the ISPR.