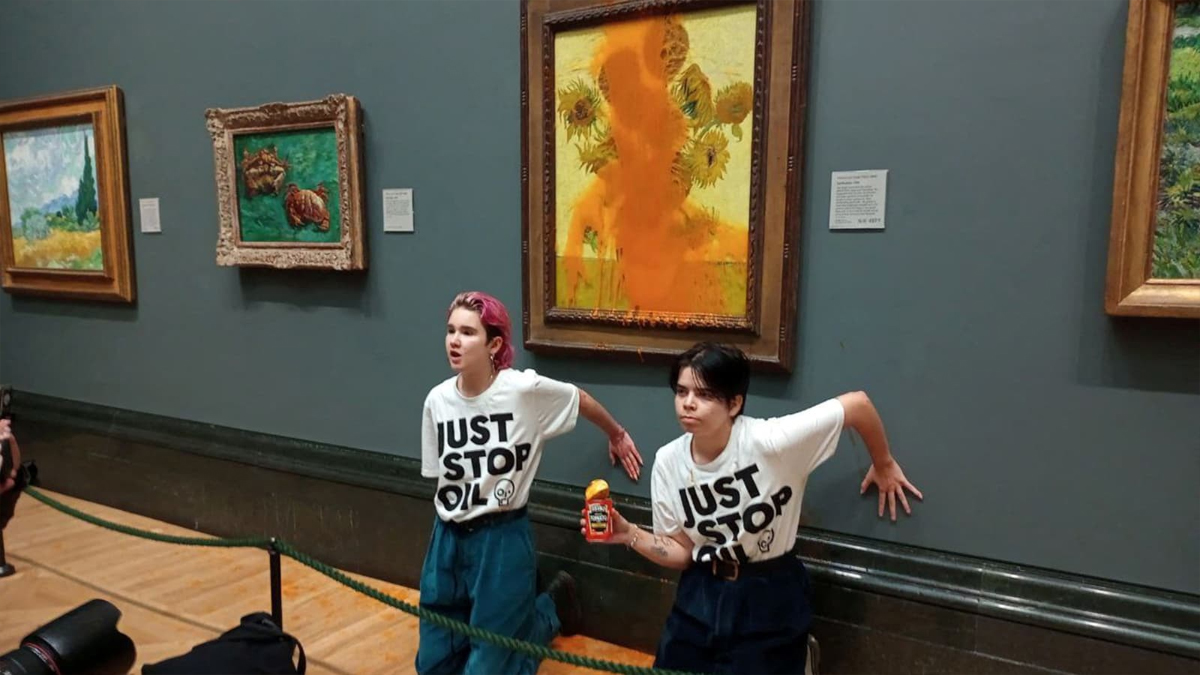 On Friday, a group of protesters dumped pea soup at The Sower, a masterpiece by Vincent Van Gogh, in a demonstration they threatened would go on until more was done to address climate change.

The Dutch artist’s 1888 picture, which shows a farmer ploughing his field under a stifling sun, was kept safe from damage by being shown behind glass. The attack by four people, according to climate activists from Last Generation, was “a frantic and scientifically justified cry that cannot be construed as mere vandalism.”

Read More | ‘Our Ties with Pakistan are none of your business’, China tells US

In a statement, they declared that non-violent direct action would continue until they received responses from their government regarding their requests to stop using gas and coal and to invest in at least 20 GW of renewable energy. Major works of art at prominent institutions by artists including Leonardo da Vinci, Claude Monet, Vermeer, and Van Gogh have been the victim of a number of attacks, including those by Last Generation and others.

The Just Stop Oil group splashed tomato soup on Van Gogh’s Sunflowers at the National Gallery in London last month. The glass-covered picture there was unharmed.

The statement from Last Generation stated that “all that we would have the right to witness in our present and our future is being obscured by a genuine and imminent catastrophe, just as this pea puree has covered the work in the fields.”

Best Games For Workaholics In 2022