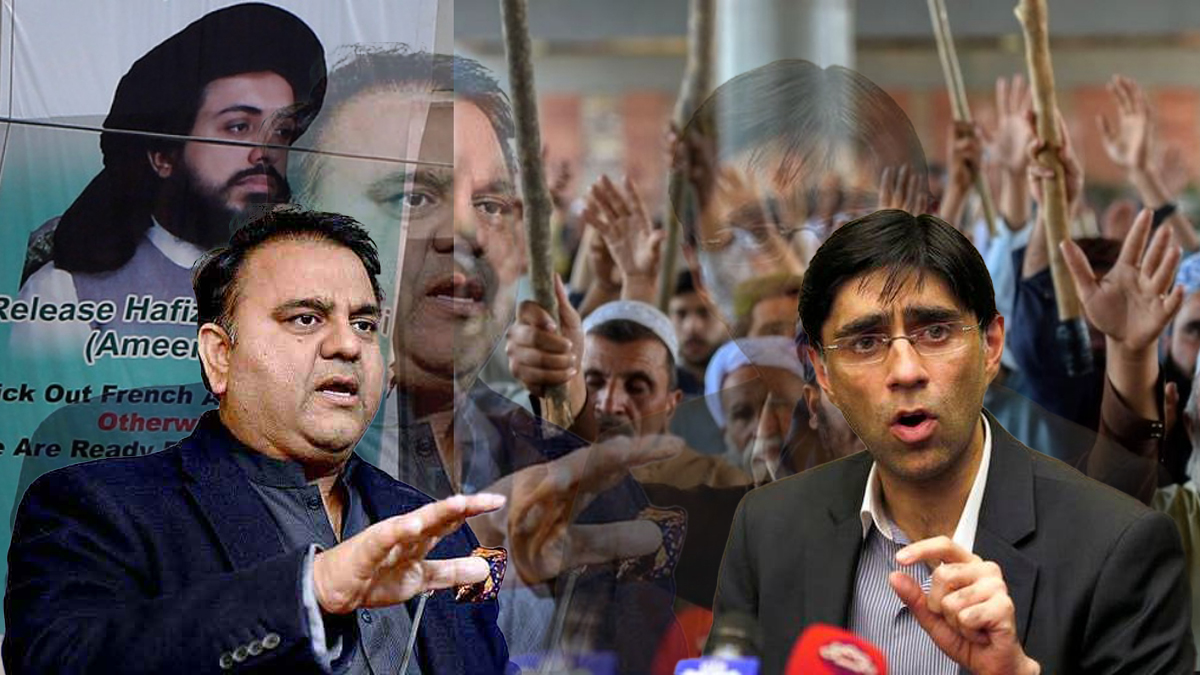 disagreed Friday with the statement of Information Minister Chaudhry Fawad Hussain on the government’s talks with the right-wing outfit, Tehreek-e-Labbaik Pakistan (TLP).

Chaudhry had said that neither the government nor the state was ready to fight extremism.

“I do not agree that the state does not have the ability to deal with TLP,” said Yusuf, responding to Chaudhry’s remarks mentioned above.

“I said this publicly that a red line should be drawn because the policemen who were martyred in the skirmishes with TLP were also our responsibility.”

The NSA said that a National Security Committee (NSC) meeting was convened to ponder over the TLP issue by all relevant stakeholders. Yusuf said that after the meeting, the government laid forth a statement pressing that a red line had been drawn but cleared that it would prefer to ease the matter through talks.

“The matter progressed through talks after that,” he said.

Yusuf quoted the example of the Lal Masjid episode, saying that the public at the time had called upon the government to use force as its writ had been challenged right in the capital.

Fawad Chaudhry had spoken in detail about the spread of extremism in Pakistan and how the government should deal with it.

The minister had said that colleges and schools were the primary reason, rather than madrassas, that intolerance and extremism had spread in Pakistan.

Chaudhry had said the state was “not fully prepared” to handle extremism, adding that they were forced to “take a step back” while talking with the TLP.

“Pakistan faces a big danger from within,” he had said.

It merits mentioning that the PTI government had locked a secretive deal with the TLP last month, as per which the group was allowed to work as a political party.

You can use desktop WhatsApp without mobile phone connectivity