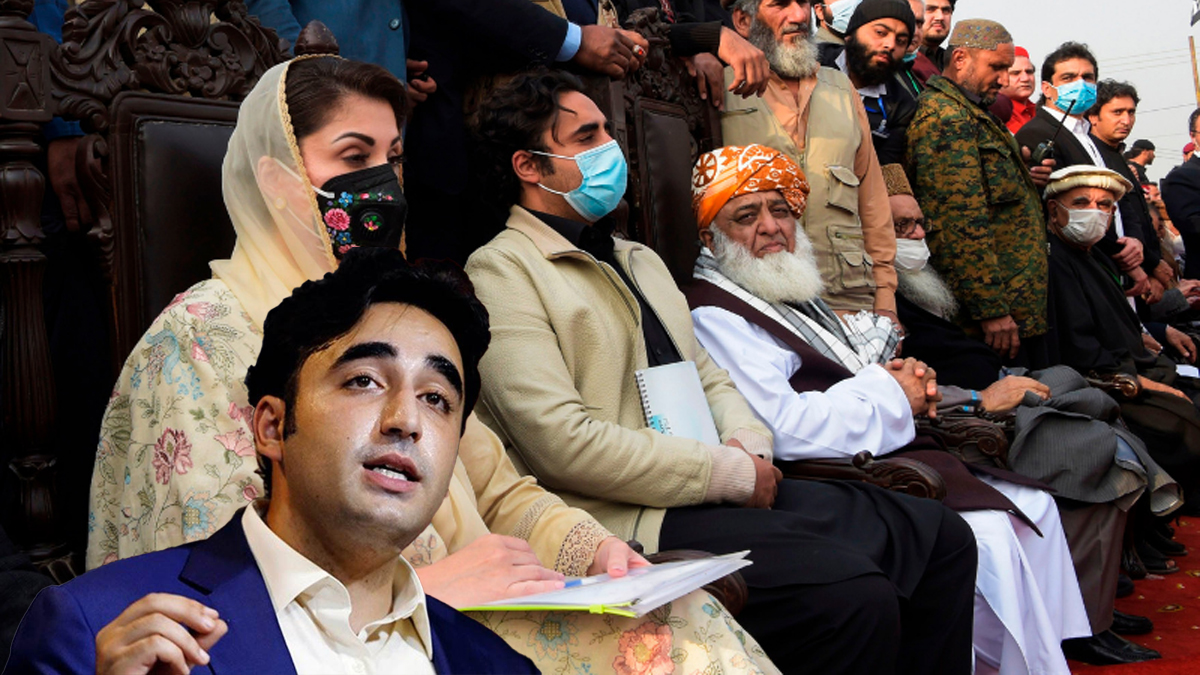 Pakistan Peoples Party (PPP) chairman Bilawal Bhutto-Zardari said Monday that neither Patwaris nor Maulana have the will to give tough time to this ‘selected’ government.

Instead, he said that only Jiyalas have the ability and power to oust this regime.

Bilawal said this at a party workers’ gathering amid a shower of rose petals and loud slogans.

He said PPP would come to power in the centre soon with the help of people because the masses were fully aware that only PPP could ease their issues and provide them relief.

He advised the Pakistan Tehreek-i-Insaf government not to go exceedingly far in victimising its opponents.

“Do as much as you can bear because this is the last time you have been in government,” he said.

Bilawal said if the Opposition was sincere in its intentions to oust the government, it should support PPP in moving a no-confidence motion against CM Punjab Sardar Usman Buzdar and then PM Imran Khan.

The young Bhutto said, “people have drained all their options and have seen for themselves the performance of PML-N and Imran Khan”.

The PPP chairman emphasised if the PDM remains undecided with its policies, it will also confuse the masses.

“PPP is clear in its stance to oust PM Imran Khan with the public’s power.”

He also said PDM was directed in the right direction when its plans aligned with PPP’s advice.

Bilawal also said that Pakistan Media Development Authority (PMDA) was the latest of the government’s attempts to suppress the media, claiming that PTI wanted to crush all criticism directed towards it.

“The suggestion of forming the PMDA is PTI’s dangerous attempt to have a pliant media, and to choke any attempt at alternative forms of journalism on blogs and social media.”

He said, “The PPP condemns this black law and all attempts to stop the media”.