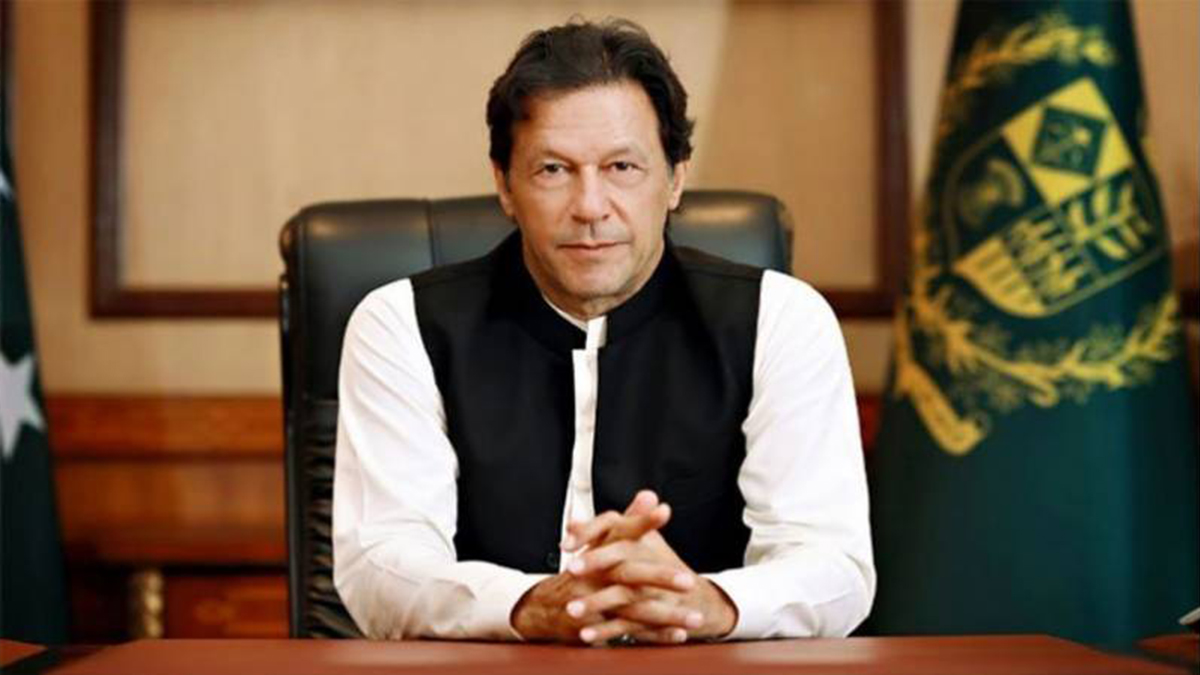 TTP group (Tehreek-e-Pakistan) is banned in Pakistan. The banned group is made of many groups, and some of the groups are in talks with the Government of Pakistan, said Prime Minister Imran Khan. The groups are said to have initiated talks with the government to surrender under reconciliation. The PM said this in an interview with foreign channel that would be aired on Saturday. A teaser of said interview was released on the social media.

In the small video snippet, PM Imran Khan said, “Some TTP groups want to talk to us for reconciliation and we are in talks with these groups. The TTP is made up of different groups and we are in talks with some of them to surrender and reconcile.” When asked about help with Afghanistan’s Taliban in this relation, Prime Minister said, “Talks are going on in Afghanistan, so it can be said that they are helping. We will forgive them once they surrender, after which they will be able to live like ordinary citizens.” He added that he does not believe in military solution but through a political dialogue.

TTP has continued to attack the Pakistani security forces despite of ongoing talks. When asked about this, PM said, “We are talking, there may be no result, but we are talking.”

Soon after Prime Minister’s statement was released, a cessation of attacks between army and TTP fighters in South Waziristan was announced. “Our leaders have asked all fighters to observe a ceasefire from today to October 20,” the TTP statement said. Geo News has reported that TTP leaders are engaged with government in some “secret talks”.

Prime Minister Imran Khan has stressed that peace in Pakistan and the region largely depends on peace and stability in Afghanistan. During a telephonic meeting with Danish Foreign Minister Jeppe Kofod also said that international community’s role is critically needed to prevent economic collapse and humanitarian crisis in Afghanistan and to ensure peace and stability is restored in the country that is under the Taliban regime now.

Foreign Minister Shah Mahmood Qureshi was asked whether the country would support USA if it decides to target strikes on Al-Qaeda inside Afghanistan, he said that no decision has yet been taken on the matter.

Minister for Information and Broadcasting Fawad Chaudhry said that many people who could not fulfill their ‘pledge of allegiance’ to Pakistan want to return to fulfill so. “More than 3,000 angry people in Balochistan who fell victim to India’s plots, have returned. In the same way, there are various groups of the banned TTP, including those who want to fulfil their pledge of allegiance to Pakistan,” he said in a statement. “Like peacemaker who wants to make peace and move forward in accordance with the constitution: We believe that such people should be given a chance by the state to return to the mainstream of life,” he said.

“The state of Pakistan has gone through extremely hard times. We have sacrificed thousands of people. As a result of these sacrifices, we have defeated terrorist organisations like al-Qaeda in Pakistan and completely eradicated India’s anti-Pak plots,” he noted.

PPP has raised grave concerns over Imran Khan’s statements over talks with TTP and demanded immediate convening of Parliament session. “The confirmation of the prime minister’s talks with the TTP is shocking and disturbing, and the Parliament should be told who is negotiating with the TTP and with whose permission,” said Parliamentary Leader of the PPP in the Senate Sherry Rehman. Raising questions on PM’s decision over TTP, she asked, “Has he asked Parliament what we think about that, and has he heard the TTP response. How can you negotiate with the TTP without taking the Parliament into confidence? Who are you to give amnesty TTP alone.”