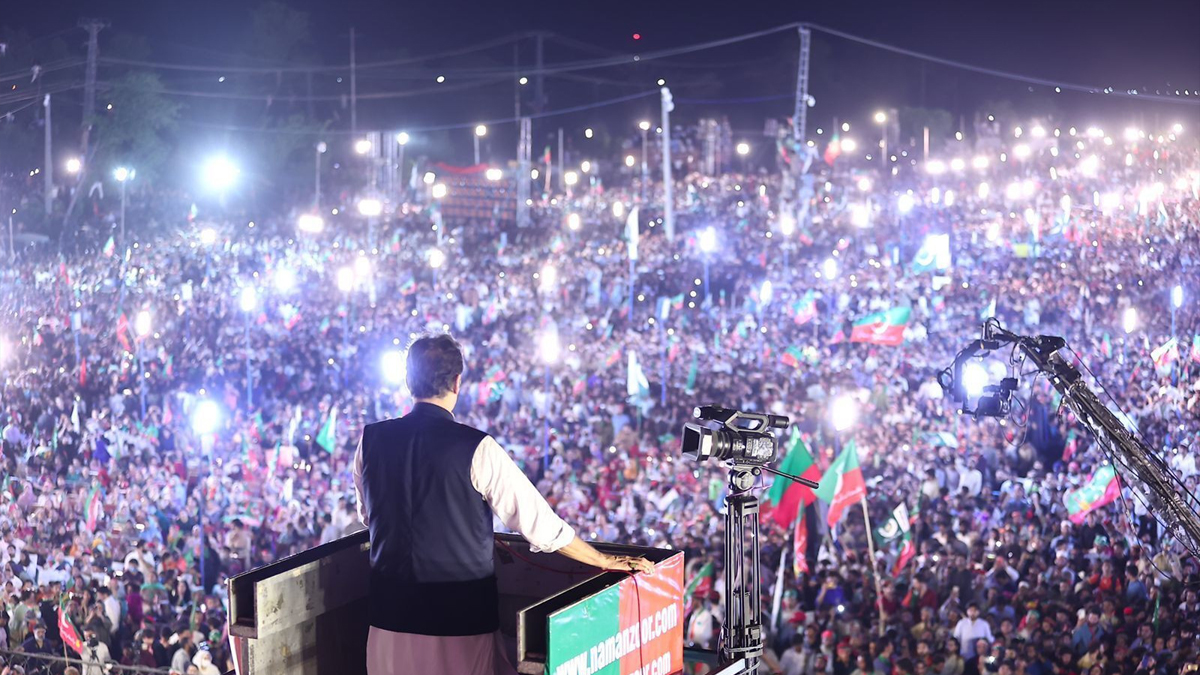 The Pakistan Tehreek-i-Insaf (PTI) has decided to move its public meeting scheduled for the eve of Independence Day to Lahore after failing to obtain clearance for three venues in Islamabad and Rawalpindi.

“We have been informed that the Tehreek-i-Labbaik Pakistan (TLP) has already applied for its public meeting on August 13 at Parade Ground. However, we have concluded that the permit was conditional on the approval of the 111 Brigade, which is unwilling to let us. Otherwise, we would have been allowed to use one of our recommended locations,” PTI Islamabad president Ali Awan told journalists.

The PTI’s political committee announced plans for a power show in the federal capital on August 13, the eve of Independence Day, on August 6. The decision was made at a meeting presided over by PTI chairman Imran Khan and attended by key members of the party’s leadership, including Asad Umar, Shireen Mazari, Omar Ayub, Fawad Chaudhry, Saifullah Niazi, and others.

Khan had also announced that he will disclose his party’s future policy during the event, which is why party officials were given instructions to ensure an “impressive” display of power.

Read More | Whoever has guts to disqualify Imran may show, says Fawad

Mr Awan stated that the PTI requested permission from the district administration to hold its public gathering at the Parade Ground, but was informed that the TLP had already requested the venue.

“Then we urged [the administration] to move the public meeting to Rawalpindi Cricket Stadium, but the Pakistan Cricket Board (PCB) opposed and told us that their curators were working there because a security team was anticipated to visit before the English team’s visit,” he continued.

“Then we started thinking about hosting the public gathering at Liaquat Bagh, but we were told that recently, plantation was undertaken at the park and there would be very little space for the public assembly,” he continued.

The PTI leader went on to say that he came to the conclusion that obtaining clearance in the twin cities was impossible because the army’s 111 Brigade’s approval was also required.

ARY News ‘Pulled Off Air’ In Different Parts of Country