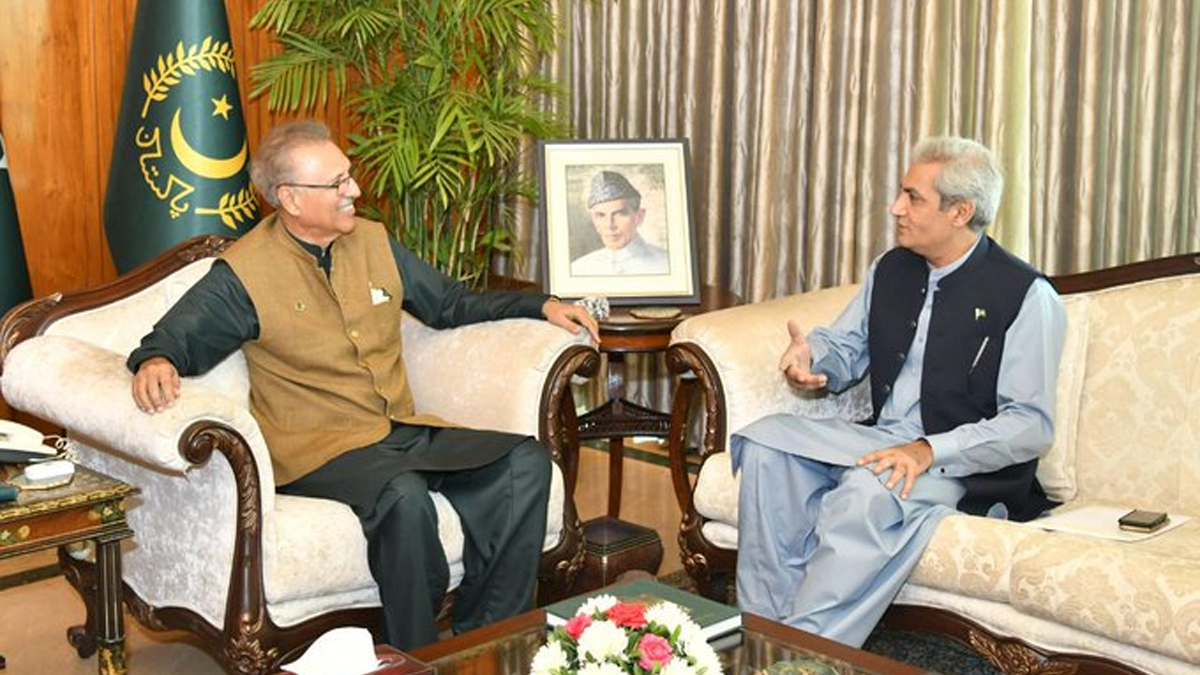 Wednesday’s attempt by President Dr. Arif Alvi to narrow the divisive gap between the ruling Pakistan Democratic Movement (PDM) and the opposition failed, and shortly after meeting him, Law Minister Azam Nazeer Tarar disclosed that the PDM was prepared to run candidates in the Punjab and Khyber Pakhtunkhwa (KP) elections if PTI Chairman Imran Khan dissolved the assemblies in both provinces.

President Alvi was addressed in the new meeting by two top ministers, Ayaz Sadiq and Azam Tarar. The president travelled to Lahore to meet Mr. Khan shortly after the meeting, which suggests that he either went there to deliver a message from the ruling coalition to his party chairman or that he may have given Mr. Khan advice on calling the Punjab Assembly to order.

Federal Ministers for Economic Affairs Sardar Ayaz Sadiq and for Law Senator Azam Nazeer Tarar visited President Dr. Arif Alvi at Aiwan-i-Sadr, according to a news release from the presidency.

Following the meeting, Senator Tarar stated during a programme on a private TV channel that the PDM was prepared to participate in elections in Punjab and KP if Mr. Khan dissolved both assemblies. He declared, “PDM is prepared for elections in both provinces.”

Even though it would be a first for Pakistan, the minister noted that provincial assembly elections frequently did not coincide with general elections.

The law minister stated in response to a query that the president had made some recommendations for stabilising the crumbling economy.

In an effort to bring both parties [the government and the PTI] to the table for official discussions on current political issues, President Alvi had met with Finance Minister Ishaq Dar prior to the meeting on Wednesday.

On the other hand, Interior Minister Rana Sanaullah claimed in a TV interview that President Alvi’s authority to make decisions for the party rests solely with Imran Khan and that all meetings between government representatives and the president, including the one that took place on Wednesday, remained “futile.”

It is thought that Mr. Khan will have a higher chance of winning the upcoming general elections, which will take place in October 2023, if he manages to dissolve the Punjab and KP parliament and succeeds in winning elections for the two assemblies.

Contest Elections in Punjab and KP

The interior minister declared: “The government, after careful thought and study, has come to the conclusion that, should both assemblies be dissolved, it will forcefully contest elections in Punjab and KP.”

“We have determined that if the two assemblies are dissolved, we will hold new elections there, and if the members from PTI and its partner parties resign, we will hold by-elections on the vacated seats,” he continued.