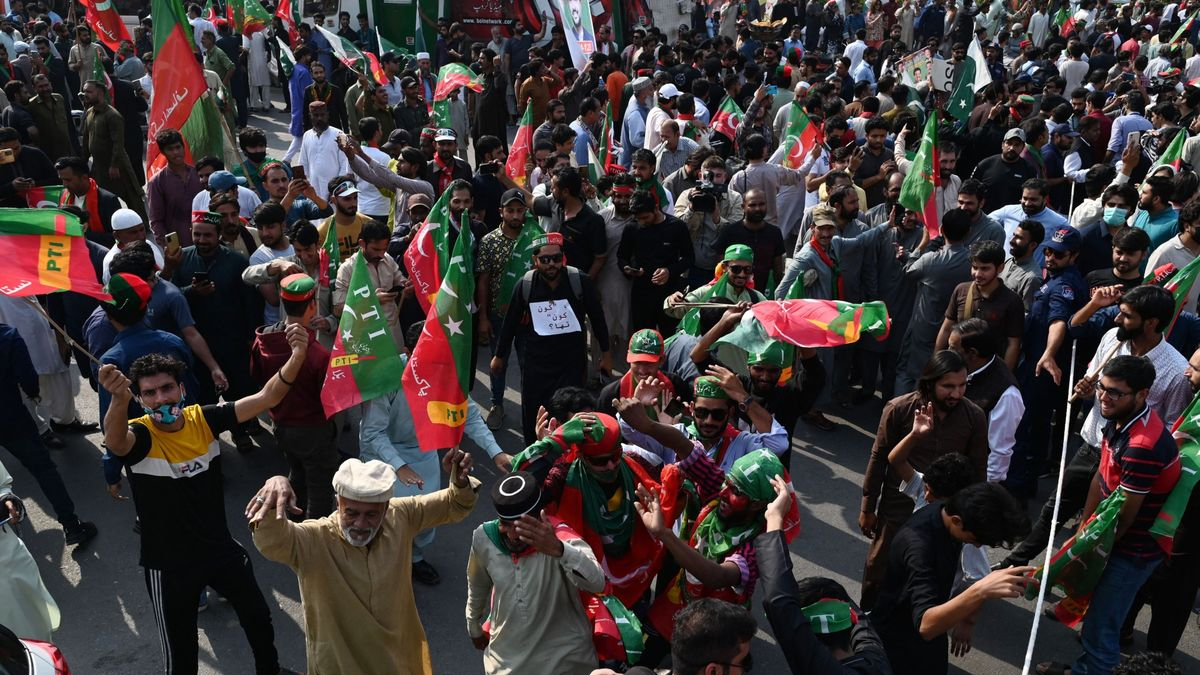 Hold Elections, Save The Country

The Pakistan Tehreek-i-Insaf (PTI) intends to wrap up its protests as part of the “election karao, mulk bachao (hold elections, save the country)” campaign by Friday and hold a “large” public gathering on Saturday in the provincial capital where party chief Imran Khan will reveal his “final” dissolution plan for the two provincial assemblies his party controls.

In an interview with the media at Mr. Khan’s home in Zaman Park, PTI leader Hammad Azhar stated that the party intended to host simultaneous rallies on Saturday at all divisional headquarters where Imran Khan’s speech will be aired via a video link.

The main rally will take place at Liberty Chowk in Lahore on Saturday, and the rest of the nation will watch it online, he said.

To finalise the plan and preparations for what they named “D-Day,” the local and provincial leadership of the party, including Punjab President Dr. Yasmin Rashid and Mr. Azhar, met with Mr. Khan on Tuesday.

While speaking to the media at a different location, Senior Minister Mian Aslam Iqbal of the PTI claimed that his party and its partners were “on the same page” on the dissolution of the provincial assembly of Punjab and Khyber Pakhtunkhwa. A conference has been scheduled to determine a date for the dissolution, which will be announced during a sizable public gathering at Liberty Chowk and will be presided over by PTI head Khan.

“In my personal opinion, the assemblies should be dissolved before December 20 so that elections can be held before Ramadan.”

A portion of the media also cited Mr. Iqbal as saying that Mr. Khan had already received a summary for the dissolution of the Punjab Assembly from Punjab Chief Minister Chaudhry Parvez Elahi (for onward forwarding for completing the dissolution process).

No Political or Electoral Sense

On the other hand, despite the strong front shown by the party’s leadership and stalwarts, party insiders assert that the party’s lawmakers and friends are still divided over the plan. An influential provincial minister stated, “Because the dissolution does not make electoral and political sense, a view most of the lawmakers hold.”

Realistically speaking, he went on to say: “The PTI lawmakers hold this attitude for two reasons: Imran Khan never contacted them before making the announcement at the Rawalpindi rally, and he never bothered to explain the benefits the party earned by initially departing the National Assembly.”

“Funds have only recently begun to flow into our constituencies, and giving up now is a surefire formula for an electoral disaster; funds will stop flowing, and the PTI will be forced to run as the opposition in the subsequent elections. If one adopts a reasoned appraisal of the current situation, it scarcely makes political sense,” he said.