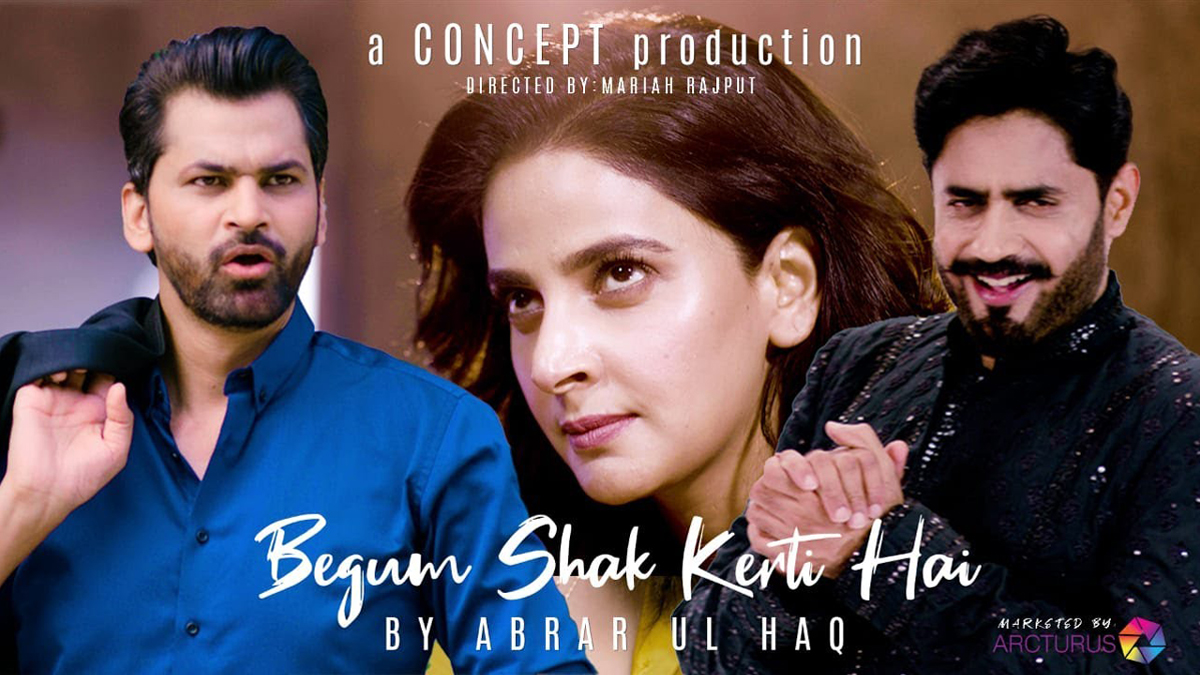 A few months back, Abrar-ul-Haq was the one who threw shade at this generation’s mothers for letting their kids have screen-time. He specifically sang the Baby Shark song as he judged and mocked new mothers.

His new song is titled ‘Begum Shak Karti Hai’ and stars Saba Qamar as the crazy wife. I, personally, am unable to comprehend how a star like Saba Qamar has agreed to feature in a song that smells misogyny.

Haq probably thought he was being hilarious by making a song on the beat of ‘Baby Shark’ but in all honesty, his new song is making people shake their heads in annoyance.

He, previously, mocked mothers for singing ‘Baby Shark’ as a lullaby to make their kids sleep instead of reciting religiously inclined verses.

It is just like him picking at a scab that had finally begun to heal.

Not only is the melody a blatant copy, but the way and the theme Abrar chose to introduce the song to the public is also something that the masses are finding to be problematic.

Naturally wives are irked because they really don’t need yet another person telling them how to behave around their husbands. ​

Abrar is trying to be funny with his new song. However, for women, cheating is not something that they like to joke about at all. In a society where women are asked that no matter what happens, they have to keep their mouths shut to make their marriage work, this sort of entertainment is toxic.