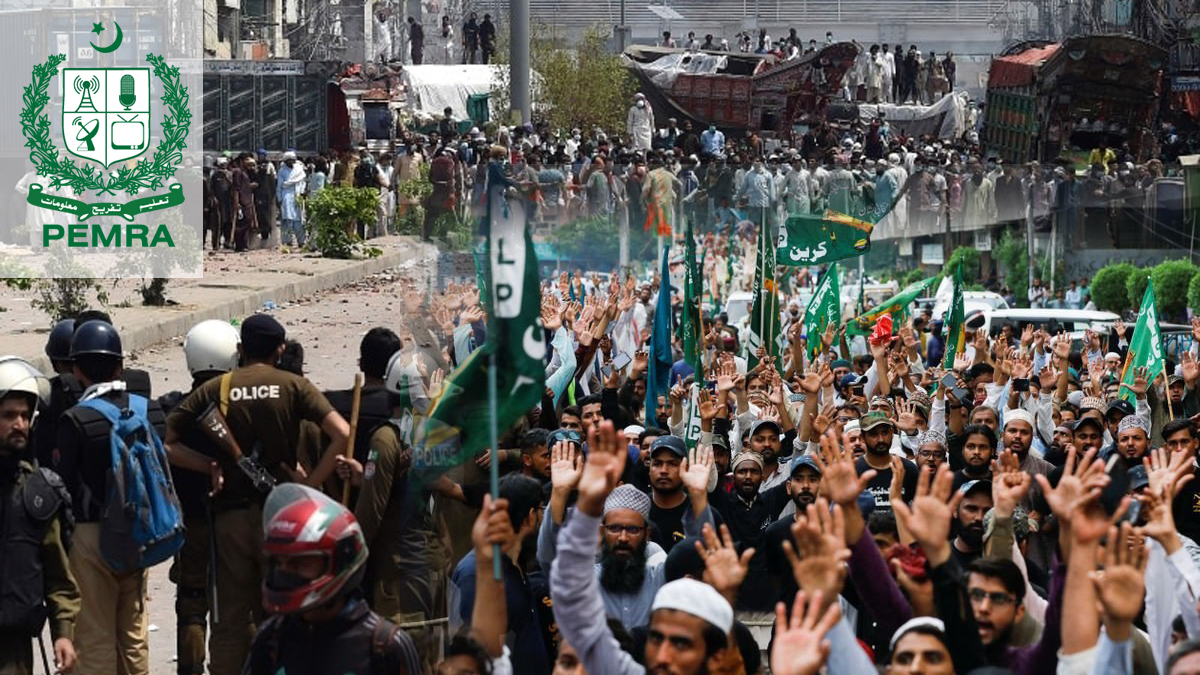 Negotiations between the detained chief of the proscribed Tehreek-i-Labbaik Pakistan (TLP) – Saad Rizvi – and the government are underway to end the group’s long march to Islamabad, Minister for Interior Sheikh Rasheed said today (Friday).

A meeting of the National Security Committee (NSC) was called by Prime Minister Imran Khan on Friday to discuss the current situation across the country.

The government agreed to continue with “talks” in the backdrop of the violent demonstrations by the supporters and activists of the hardline religious group.

Addressing journalists following the meeting, Sheikh Rasheed said the government sought to resolve the matter “softly” and acknowledged that it had plunged several cities of the province into a crisis for the past two weeks.

On the other hand, the proscribed TLP resumed its march from Gujranwala, with thousands of activists travelling via cars, buses, and on foot – keeping up with their journey towards Islamabad.

Participants spent the night near the General Bus Stand on the GT Road and resumed their rally in the morning, despite the government’s Thursday night warning to the group to call off its march or face “consequences”.

The rally, comprising around 5,000 participants, neared the Gujrat-Chenab toll plaza after stopping at Rahwali for Friday prayers. According to media reports, a heavy police contingent was kept in place at the toll plaza.

The next TLP-police encounter is expected at two major security points that have been established at Jhelum and Chenab rivers. The aforementioned path is the only route for the march to enter Islamabad.

Hundreds of Rangers and police personnel, on Friday, were deployed at the Chenab toll plaza to stop the marchers.

It merits mentioning that the security personnel also have armoured vehicles along and are equipped with riot gear.